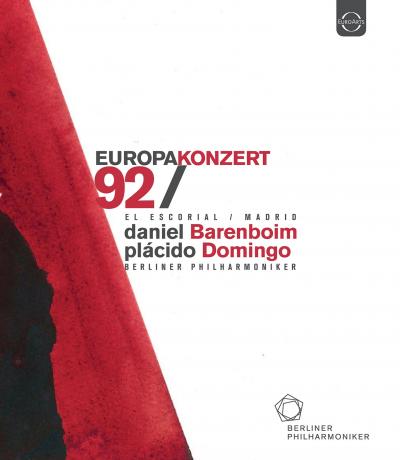 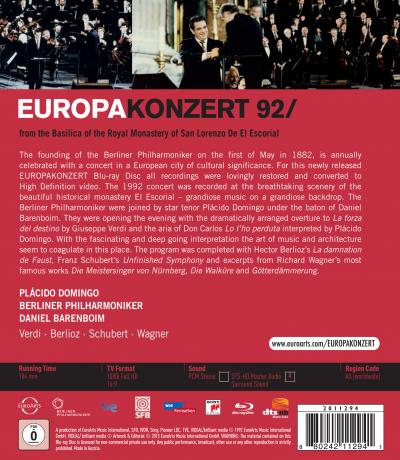 The founding of the Berliner Philharmoniker on the first of May in 1882, is annually celebrated with a concert in a European city of cultural significance. For this newly released EUROPAKONZERT Blu-ray Disc all recordings were lovingly restored and converted to High Definition video. The 1992 concert was recorded breathtaking scenery of the beautiful historical monastery El Escorial – grandiose music on a grandiose backdrop. The Berliner Philharmoniker were joined by star tenor Plácido Domingo under the baton of Daniel Barenboim. They were opening the evening with the dramatically arranged overture to La forza del destino by Giuseppe Verdi and the aria of Don Carlo Lo I’ho perduta interpreted by Plácido Domingo. With the fascinating and deep going interpretation the art of music and architecture seem to coagulate in this place. The program was completed with Hector Berlioz’s La damnation de Faust, Franz Schubert’s Unfinished Symphony and excerpts from Richard Wagner’s most famous works Die Meistersinger von Nürnberg, Die Walküre and Götterdämmerung.