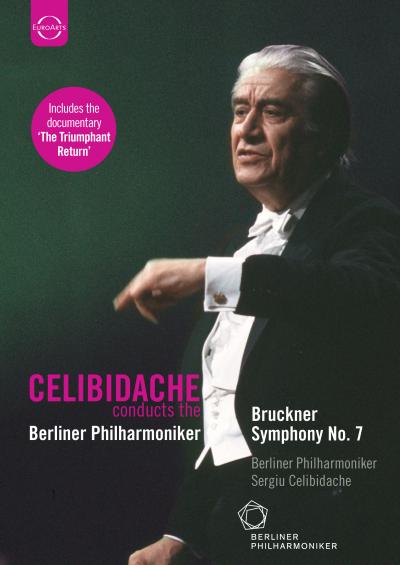 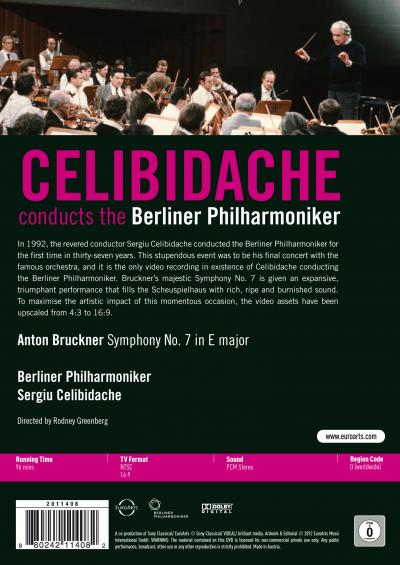 In 1992, the revered conductor Sergiu Celibidache returned to conduct the Berliner Philharmoniker for the first time in thirty-eight years. This stupendous event was to be his final concert with the famous orchestra, and it is the only video recording in existence of Celibidache conducting the Berliner Philharmoniker. Bruckner’s majestic Symphony No. 7 is given an expansive, triumphant performance that fills the Schauspielhaus with rich, ripe and burnished sound. To maximise the artistic impact of this momentous occasion, the video assets have been restored and upscaled from 4:3 to 16:9. Recorded live in the Schauspielhaus, Berlin, 31 March and 1 April 1992, directed by Rodney Greenberg. Includes the 54 mins. Documentary ‘The Triumphant Return’ directed by Wolfgang Becker. The film documents the maestro Celibidache’s reunion with the Berliner Philharmoniker after 38 years, and includes extensive footage from the rehearsals of Bruckner’s Symphony No. 7 and interviews with former orchestra members. Released on EuroArts’s new sub-label: Recorded Excellence – Historical Value.

Anton Bruckner: Symphony No.7 in E-major