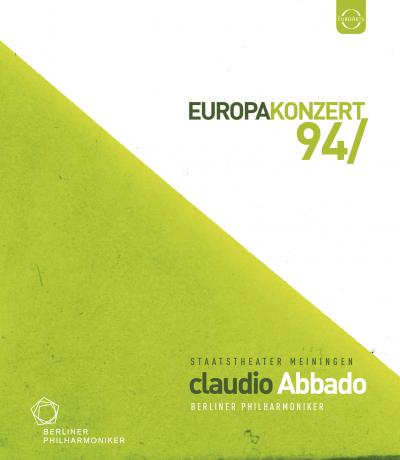 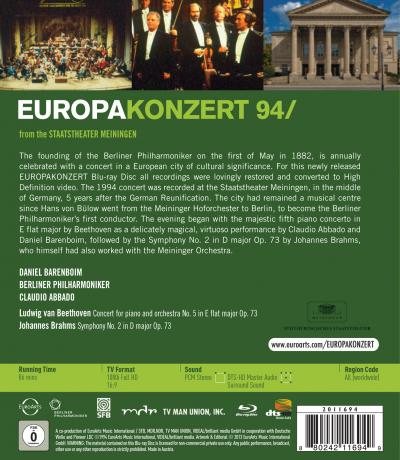 The founding of the Berliner Philharmoniker on the first of May in 1882, is annually celebrated with a concert in a European city of cultural significance. For this newly released EUROPAKONZERT Blu-ray Disc all recordings were lovingly restored and converted to High Definition video. The 1994 concert was recorded at the Staatstheater Meiningen, in the middle of Germany, 5 years after the German Reunification. The city had remained a musical centre since Hans von Bülow went from the Meininger Hoforchester to Berlin, to become the Berliner Philharmoniker’s first conductor. The evening began with the majestic fifth piano concerto in E flat major by Beethoven as a delicately magical, virtuoso performance by Claudio Abbado and Daniel Barenboim, followed by the Symphony No. 2 in D major Op. 73 by Johannes Brahms, who himself had also worked with the Meininger Orchestra.