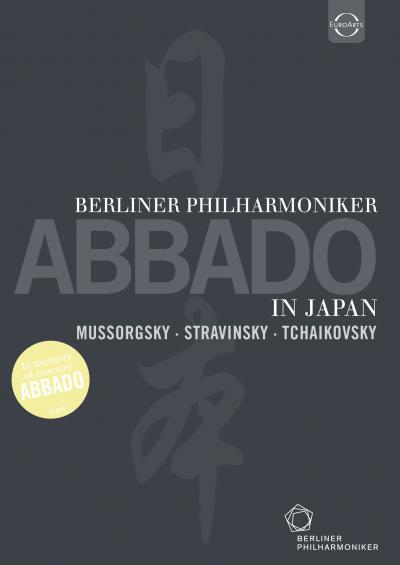 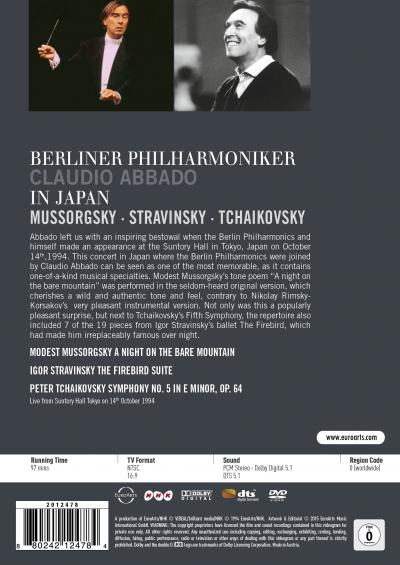 Maestro Abbado left us with an inspiring bestowal when the Berlin Philharmonics and himself made an appearance at the Suntory Hall in Tokyo, Japan, in October 1994
Claudio Abbado’s Japan tour is seen as one the highlights of his musical career and this performance especially as one of the most memorable. Modest Mussorgsky’s tone poem A night on the bare mountain was performed in the seldom- heard original version, which is incomparably wilder and more authentic than the pleasant instrumentation by
Nikolay Rimsky-Korsakov. Igor Stravinsky created a suite from his ballet The Firebird, one of his most famous and successful compositions and it was premiered in 1919. It contains 7 of the 19 numbers heard in the complete ballet. The concert ended with a work composed in a matter of weeks in 1888, Peter Tchaikovsky’s Fifth Symphony. Its premiere in Moscow the same years, conducted by the composer, was only a modest success. Recognition was not slow to come, however, and the Fifth has long been one of Tchaikovsky’s best loved works.