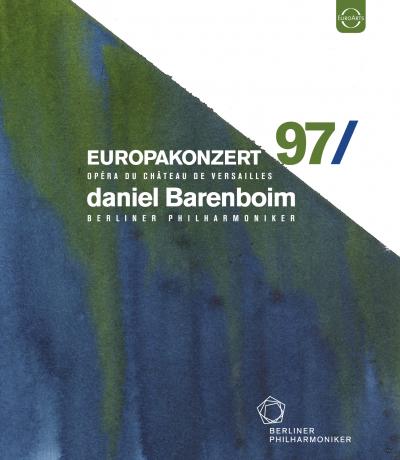 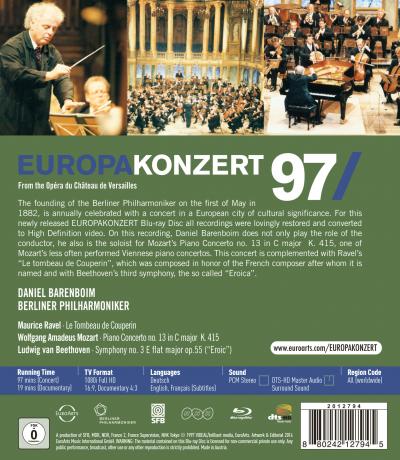 The founding of the Berliner Philharmoniker on the first of May in 1882, is annually celebrated with a concert in a European city of cultural significance. For this newly released EUROPAKONZERT Blu-ray Disc all recordings were lovingly restored and converted to High Definition video. On this recording, Daniel Barenboim does not only play the role of the conductor, he also is the soloist for Mozart’s Piano Concerto no. 13 in C major K. 415, one of Mozart’s less often performed Viennese piano concertos. This concert is omplemented with Ravel’s “Le tombeau de Couperin”, which was composed in honor of the French composer after whom it is named and with Beethoven’s third symphony, the so called “Eroica”.