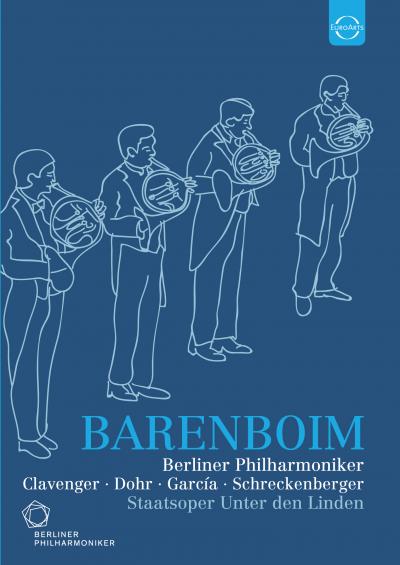 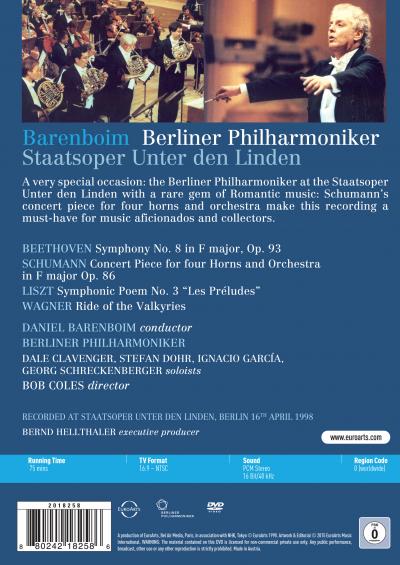 The Berliner Philharmoniker were recorded at the Staatsoper "Unter den Linden" in Berlin on April 16, 1998 and feature a rare gem of Romantic music: Schumann's Concert Piece for Four Horns. The present recording is the only DVD currently available on the market. The repertoire features the following famous pieces of classical music: Symphony No. 8 in F major, Op. 93 (Beethoven), the Concert Piece for Four Horns and Orchestra in F major Op. 86 (Schumann), Symphonic Poem No. 3 “Les Préludes” (Liszt) and an entirely instrumental performance of Richard Wagner's "The Ride of the Valkyries". The soloists are Dale Clavenger, Stefan Dohr, Ignacio García, Georg Schreckenberger from CSO. The Staatsoper was the first Royal Court Opera ever to be constructed outside of a royal palace and nowadays ranks among the most outstanding of Berlin's cultural beacons.