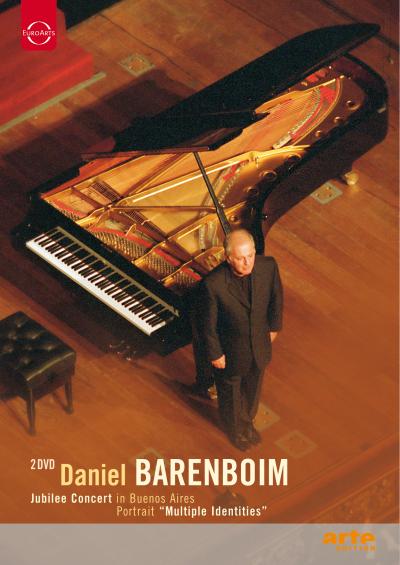 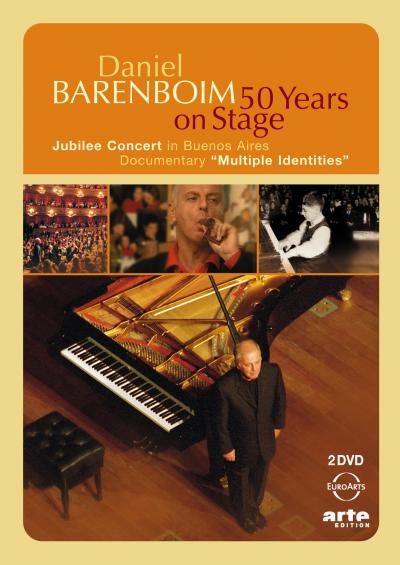 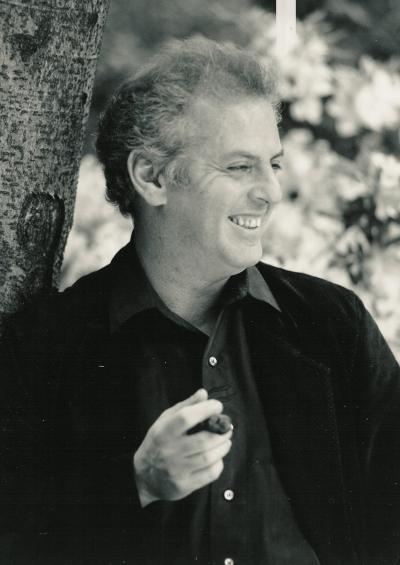 "Jubilee Concert in Buenos Aires": On the afternoon of 19 August 1950, a young boy in short trousers climbed the steps to the stage of the Sala Beyer in Buenos Aires to make his piano début. 50 years later, Daniel Barenboim returned “to the scene of the crime” to give an ecstatically received recital at Teatro Colón which will go down in history as one of the musical events of the 21st century.
Documentary “Multiples Identities” - Encounters with Daniel Barenboim: This film tracks the pianist-conductor Daniel Barenboim from summer 1999 through Berlin, Chicago, Tel Aviv and Weimar up to this stage anniversary in Buenos Aires, in summer 2000, and ends up with his controversial performance of “prelude and Liebestod” from Wagner’s Tristan and Isolde un Jerusalem in summer 2001. It is a film about music, about music making and a celebration of a remarkable personality.