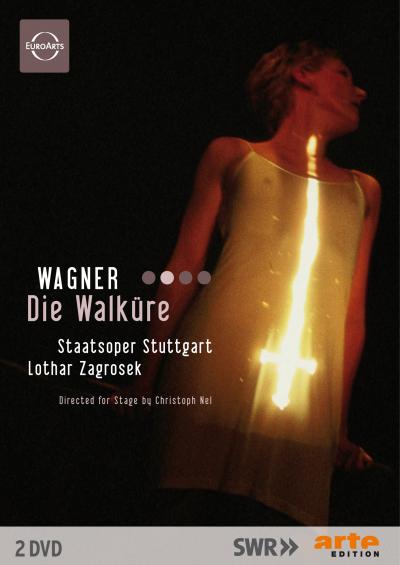 The performances of Richard Wagner’s Ring cycle in Stuttgart created a sensation unheard of since the monumental “century” Ring in Bayreuth in the late seventies. “Four operas – four stage directors” was the artistic idea behind the 1999/2000 cycle under the musical direction of Lothar Zagrosek. Appreciating the individual operas of “Der Ring des Nibelungen” without having to relate to previous or subsequent storylines enabled the stage directors – handpicked among the successful Stuttgart Opera team surrounding Artistic Director Klaus Zehelein – to express their individual insights into the well-known drama of Siegfried and Wotan. In 2002 German critics voted Stuttgart’s Staatsoper “Opera House of the Year” for the fourth time in five years. This DVD series was recorded live at revival performances in 2002 and 2003, and it pays tribute to the artistic and musical achievement of the Stuttgart Opera House and a wonderful cast of singers. EuroArts will release all four productions on DVD – after the prologue Rheingold follows the first of the three so-called nights: Die Walküre. The production was directed by the “psychoanalyst” Christoph Nel, who chose to reveal Wagner’s characters, their ambivalences and their conflicts, using contemporary settings, situations and gestures – excellently supported by the some of the best Wagner singer-actors of our time, including Angela Denoke in her role debut as Sieglinde.