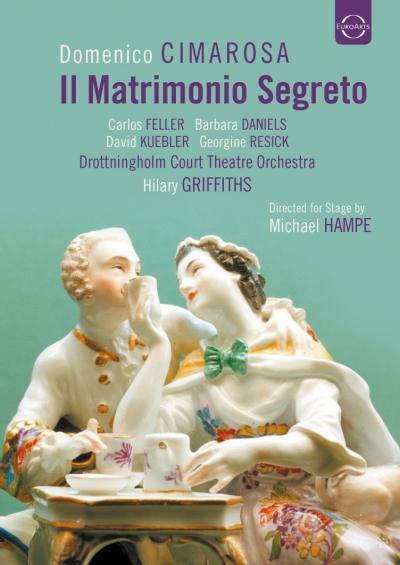 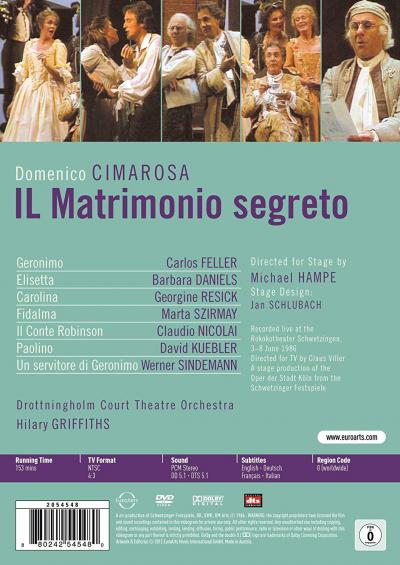 Il matrimonio segreto is Cimarosa's most famous opera buffa and it is one of the few comic operas to have maintained its place in the repertoire until today. At its first performance in 1792, Austrian emperor Leopold II is reputed to have liked this masterpiece so much that he ordered the musicians to play it again from the beginning! Michael Hampe's elegant, colourful production had already won international acclaim when staged in Paris, Stockholm and London - where it won the Olivier Award for Best Opera Production. His stage direction is sensitive to the music's flow and brings a welcome clarity to the many twists and deceptions in the plot. The recording of this DVD comes live from the exquisite palace rococo theatre at the Schwetzingen Festival in 1986. The Drottningholm Court Theatre Orchestra, an outstanding orchestra for early music, is specialized in music of the 17th and 18th century - their authentic interpretation sounds extremely fresh and colourful, and the playing is always full of energy and contrasts. Recorded in state-of-the-art quality, this DVD is a musical and visual feast for opera lovers.