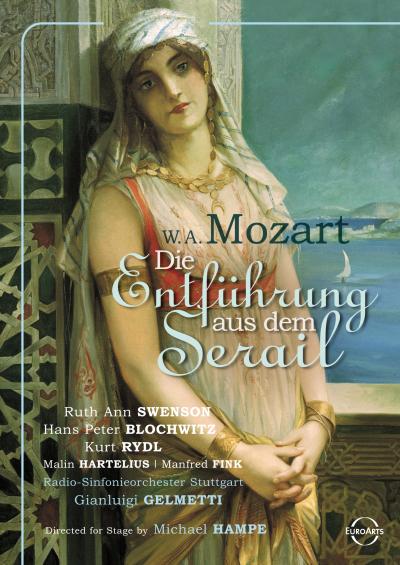 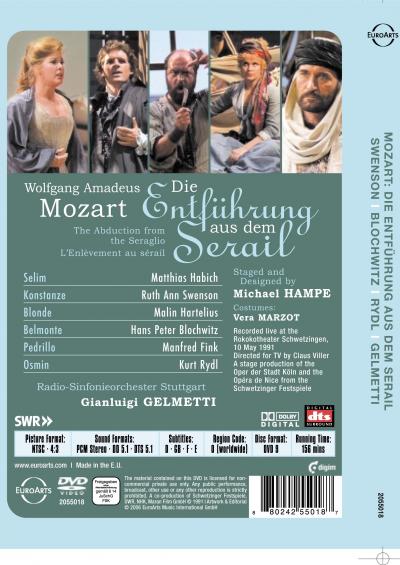 Die Entführung aus dem Serail (The Abduction from the Seraglio) is one of Mozart’s five great repertoire operas alongside Le nozze di Figaro, Don Giovanni, Cosi fan tutte and Die Zauberflöte. A typical ‘Singspiel’, a form in which all the dialogue is spoken rather than sung, it was a great success during Mozart’s lifetime and to this day has not lost any of its magic. Mozart was twenty-six when he wrote this opera, which was commissioned by a Viennese Theatre and premiered in 1782. The production for the Schwetzingen Festival in May 1991, which was amusingly staged by Michael Hampe, was recorded in the small, jewel-like Rococo Palace Theatre. Gianluigi Gelmetti led his excellent soloists, including international stars Ruth Ann Swenson and Kurt Rydl to an ensemble performance of great unity. The combination of colourful and imaginative sets and costumes and musical excellence brings the story around Westeners in a Turkish harem convincingly home to the DVD viewer.