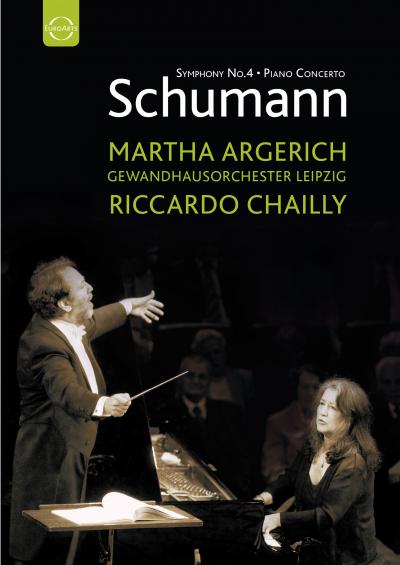 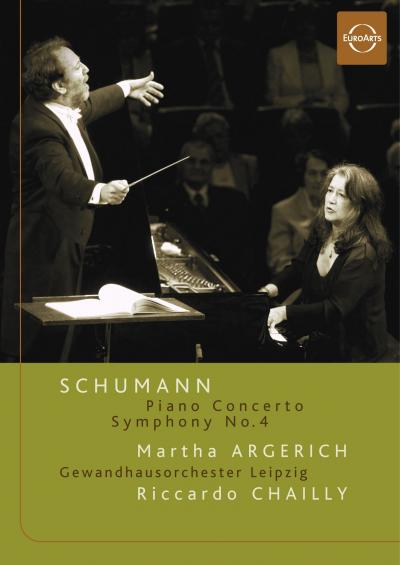 In summer 2006, the incomparable Martha Argerich presented an all Schumann programme in honour of the great romantic composer’s anniversary year. Recorded live at the beginning of June 2006 at the Gewandhaus in Leipzig, the programme comprised favourite works for piano and orchestra including the Piano Concerto in A minor, the Symphony No. 4, excerpts from “Kinderszenen” along with works by Schumann in orchestrations by famous composers such as Tchaikovsky and Ravel.
The legendary Argentinean pianist was accompanied by the Gewandhausorchester Leipzig under its new “Kapellmeister” Riccardo Chailly. Martha Argerich has long been hailed as uniquely imaginative pianists and she is definitely the right person to honour Schumann on the anniversary of his death 150 years ago, as she is especially well known for her interpretations of the 19th century repertoire. She has been surrounded by an impermeable, almost mystical aura since the start of her career in the fifties – she is uncompromising in her music making, and yet she is generous and beautiful – and this DVD bears witness to the deep musicality of this incredible artist.