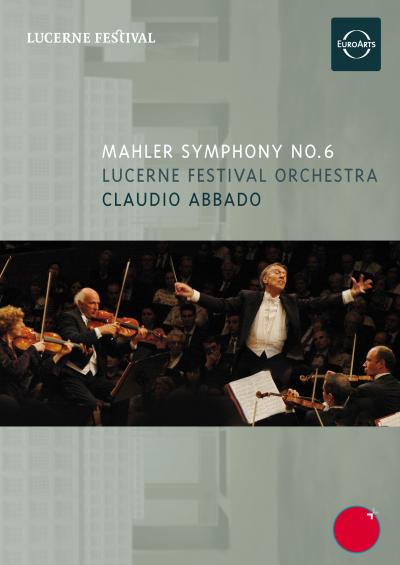 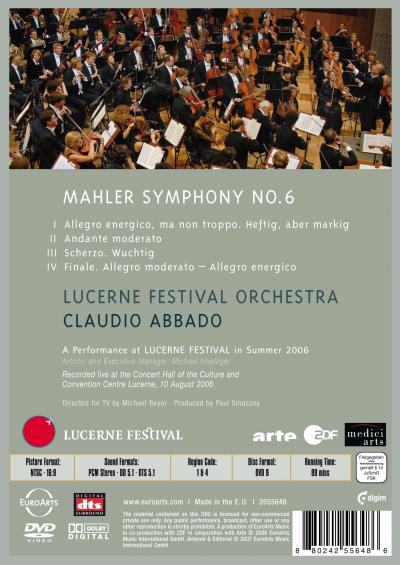 Claudio Abbado has realised a dream with his new Lucerne Festival Orchestra. The orchestra, an exclusive ensemble of handpicked orchestral musicians, opens up new dimensions in the interpretation of symphonic music with exceptional soloists such as violinist Kolja Blacher, cellist Natalia Gutman and clarinettist Sabine Meyer filling the first desks. Claudio Abbado is undeniably a supreme Mahler conductor and his recordings with the Lucerne Festival Orchestra have set new standards in interpretation of works by Gustav Mahler. His long-time association with the composer ensures a marvellous reading of the Sixth Symphony, especially as he has long been the work’s most respected interpreter. The sixth symphony – first performed in 1906 and sometimes referred to as “Tragic” – ends on a much sadder, almost nihilistic, note than most of the other Mahler symphonies. This imposing music is captured live in a performance marked by awesome silences and towering climaxes conjured by the Lucerne Festival Orchestra. The DVDs were filmed in August 2006 using state-of-the-art equipment to take full advantage of the new and acoustically superb Concert Hall Lucerne.