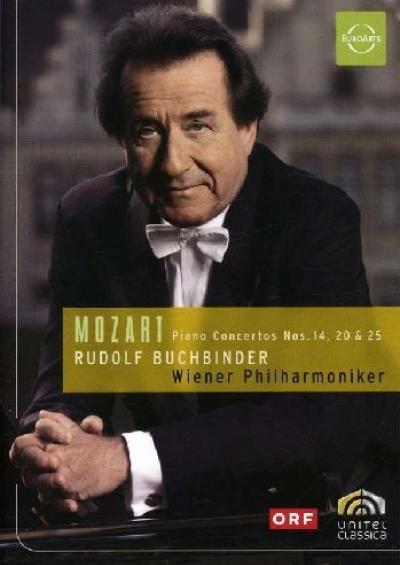 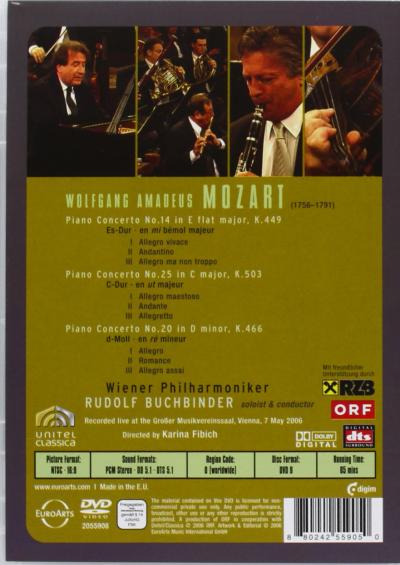 By happy chance, Rudolf Buchbinder’s 60th birthday coincided with the 250th anniversary of Mozart’s birth. In celebration of both, he presented a series of Mozart concertos with the Vienna Philharmonic Orchestra at the 2006 Vienna Festival. Rudolf Buchbinder, a wunderkind himself, was the youngest student ever to be admitted to the Vienna Musikhochschule when he was just five years old. He can look back on an exceptionally distinguished career. Endowed with intelligent virtuosity, a superb ear for tonal colour, and a sixth sense for tempi, he has the capacity to fill halls in numerous countries, time and again. Audiences and critics alike enthusiastically greet his spontaneity, his insightful interpretations and his chamber-music-like phrasing. In this series of concerts, the multi-talented Rudolf Buchbinder conducted from the piano and the immediacy and commitment of the Vienna Philharmonic accompanying him in these performances are both visible and audible. This DVD features Piano Concertos Nos. 14, 20 & 25 - Vol.I, released in February, featuring Piano Concertos Nos. 22, 23 & 24