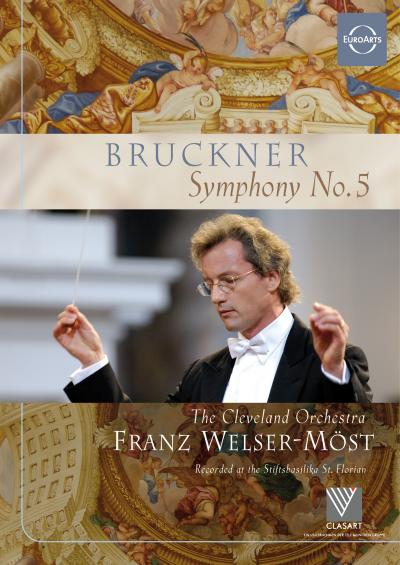 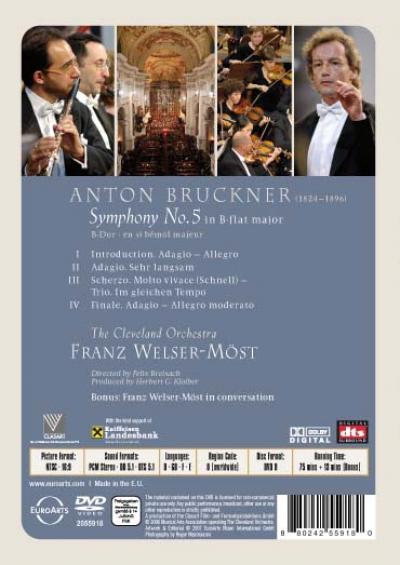 This DVD documents a true Bruckner celebration. Recorded live in 2006 at the Bruckner Festival in Linz, Austria, the Cleveland Orchestra performed a sensational Fifth Symphony under Franz Welser-Möst. The Fifth Symphony is Anton Bruckner's (1824–1896) most famous. He wrote it between 1875 and 1878, but never heard the orchestral version as it was first performed in an inadequate two piano arrangement in 1887, and when it was finally premiered in 1894 Bruckner had fallen seriously ill. The symphony is also known as “The Tragic” because Bruckner wrote it in a state of depression, and, although musically difficult, it is an emotionally accessible work. The concert took place in the Abbey of St. Florian, where the composer served as chorister, teacher and organist and where he is buried, and Franz Welser-Möst, in his fifth season as Music Director of The Cleveland Orchestra, conducts the work with great reverence for the location. He entices The Cleveland Orchestra, one of America’s great symphonic ensembles into a sensitive blend of sound. In addition to the concert recording a bonus film features the conductor sharing his interpretation of Bruckner’s composing style and his reading of the work.