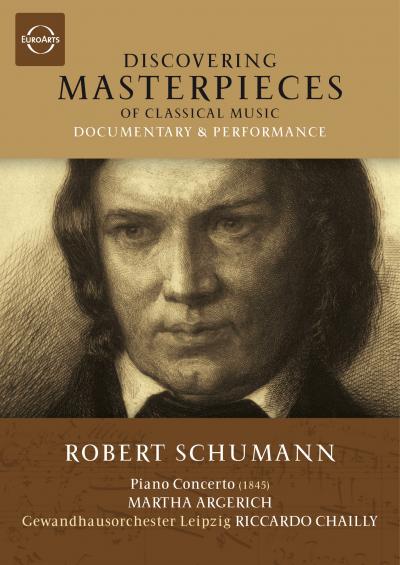 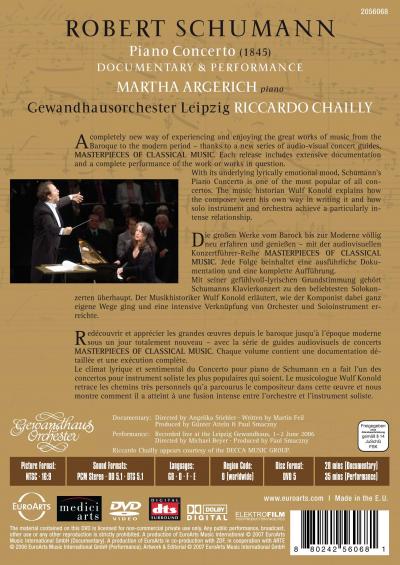 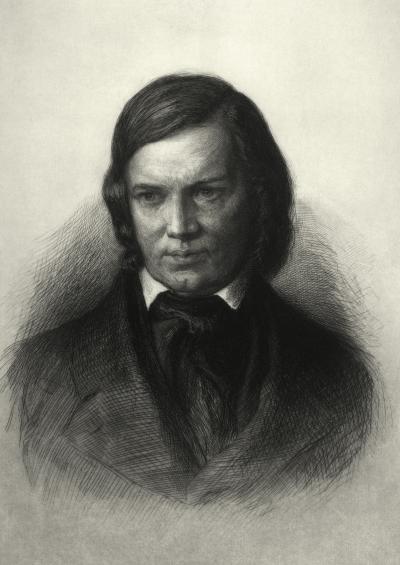 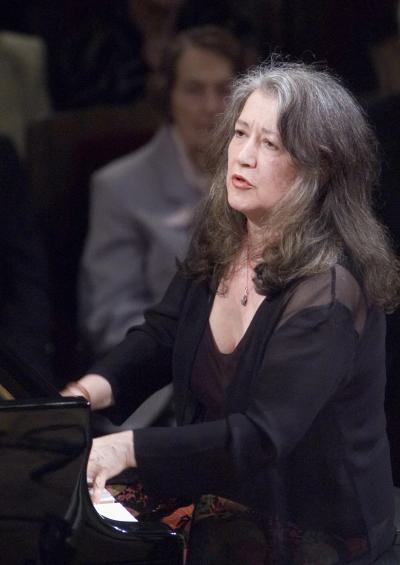 The DVD series “Discovering Masterpieces of Classical Music” features one of the world’s most fascinating pianists, highlighting piano repertoire from the Romantic period. Martha Argerich – often regarded as the greatest pianist of our time - plays Robert Schumann’s Concerto for Piano and Orchestra, accompanied by the Gewandhausorchester Leipzig under Riccardo Chailly, recorded in Leipzig in June 2006. With its underlying lyrically emotional mood, Schumann’s Piano Concerto is one of the most popular of all concertos. Hearing Martha Argerich playing this piece is an experience. She is especially at home with the lyrical repertoire and her consummate playing is sheer and distinguished artistry. In the documentary part of the series, music historian Wulf Konold explains how the composer forged a new path in writing it and how the solo instrument and the orchestra create a particularly intense relationship. At an attractive mid-range price, this newly-edited series brings famous masterpieces to the viewer through first-class concert broadcasts and an introductory documentary. These audio-visual concert guides to highlights of classical music allow the listener to enjoy the best of music from the Baroque period up to the present day in an entirely new way. The DVD series features important orchestras, acclaimed experts, renowned soloists and outstanding conductors. Each introductory film is clearly designed and provides plenty of information. Examples from the musical score help the viewer to understand the structure of the work. The film traces the composers’ birthplaces and locations relevant to the compositions Combined with historic film material, artworks and original manuscripts, it allows the viewer to embark on a journey back to the time and place in which the work was written and informs him about the composer’s life, while providing a complete introduction to the work.