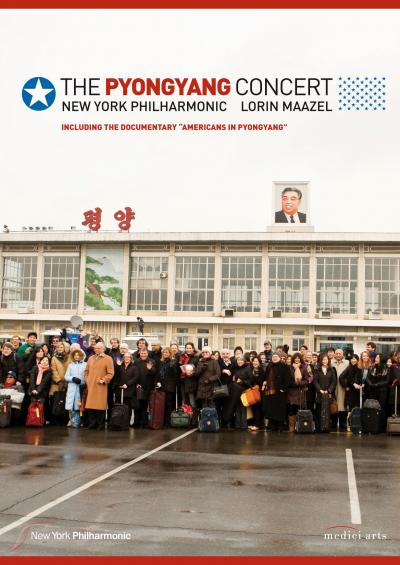 Who would have thought it? An American orchestra performing in North Korea! Hundreds of millions watched this historic New York Philharmonic concert on television in February 2008 and for a few hours the cold war hostilities seemed to be forgotten. This memorable event is now available for home-viewing on DVD and, as the first classical concert ever, on Blu-Ray Disc - highly advanced technology, which offers state-of-the-art technical professional viewing standards in the comfort of your home. Music became diplomacy when conductor Lorin Maazel and the New York Philharmonic, the USA’s most eminent orchestra, opened the concert in East Pyongyang’s Grand Theatre with both the American and the North Korean national anthems. The entertaining programme included music by Wagner, Dvořák, Gershwin, Bizet and Bernstein and prompted the North Korean audience to standing ovations. This courageous musical project also united Korean and American musicians, who, together, produced a technically brilliant performance. The musicians barely spoke to one another, communicating in exchanged glances and body language, and when Lorin Maazel raised his baton at the end of the concert and the orchestra embarked on ‘Arirang,’ a lilting folk song emblematic of the North and South Korean people, the audience was obviously touched. A previously unreleased documentary with 53 min of exclusive material shows members of the New York Philharmonic on their historic trip to North Korea's capital. Many concerns and doubts arose before departing to the most inaccessible country in the world – a country that consistently violates human rights laws and that has been categorised by George Bush as part of the “axis of evil”. The concert recording and the documentary, however, present no political manifestos. Instead they show people who are brought a little closer by virtue of music. Music knows no borders and can touch hearts and unite people everywhere – this release provides impressive proof.