Claudio Arrau
The Symphony Orchestra of the University of Chile (Performance);
The Philharmonic Orchestra of Santiago (Documentary)
DVD 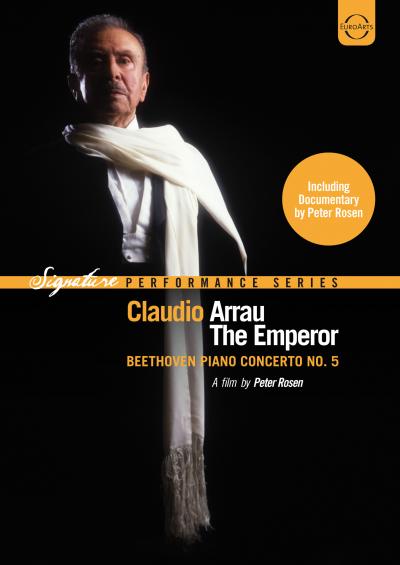 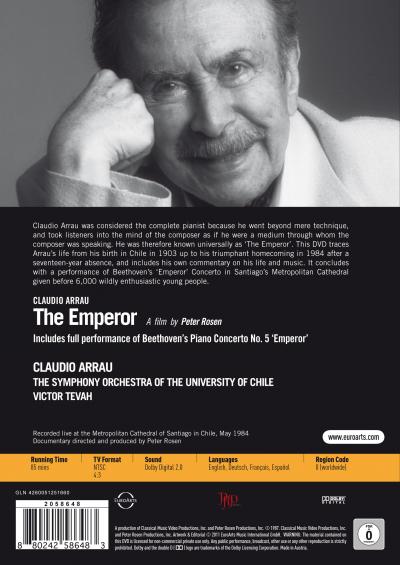 Claudio Arrau was considered the complete pianist because he went beyond mere technique, and took listeners into the mind of the composer as if he were a medium through whom the composer was speaking. He was therefore known universally as ‘The Emperor’. This DVD traces Arrau’s life from his birth in Chile in 1903 up to his triumphant homecoming in 1984 after a seventeen-year absence, and includes his own commentary on his life and music. It concludes with a performance of Beethoven’s ‘Emperor’ Concerto in Santiago’s Metropolitan Cathedral given before 6,000 wildly enthusiastic young people. Recorded live at the Metropolitan Cathedral of Santiago in Chile, May 1984.

Reviews
“Claudio Arrau … the most musical and deeply serious piano phenomenon of our time.” Süddeutsche Zeitung
“The Magician of the Piano” Le Figaro
"In Arrau's 'Emperor' ...his is Emperor and King combined." Times of London