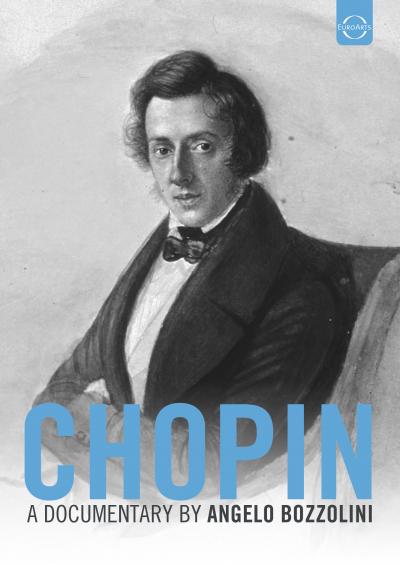 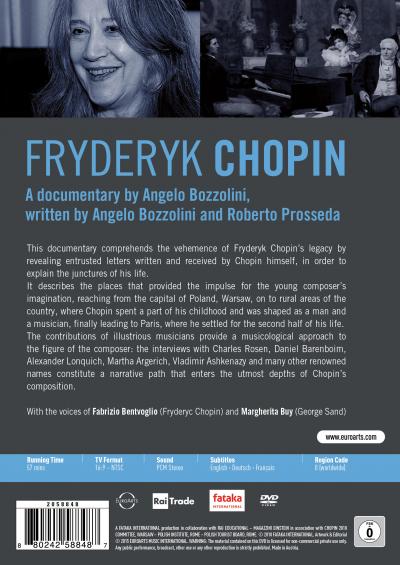 With Bobby McFerrin, Daniel Barenboim, Martha Argerich, Vladimir Ashkenazy, Charles Rosen, Alexander Lonquich, Adam Harasiewicz, Janusz Prusinowski Trio and others. The documentary offers a careful use of the epistolary of the “protagonist”, entrusting to letters written and received by Chopin. The writings are interpreted by the two renowned actors Fabrizio Bentivoglio and Margherita Buy. Frédéric Chopin (1810-1849) was born in Żelazowa Wola, near Warsaw, in a setting far from the limelight of the great musical tradition, but at the same time he absorbs the winds that blow in from that same tradition. His education is the fruit of Polish culture and cannot be separated from that, but he also feels the influence of the three main cultures of the time: Italian, Austro- German and French.This documentary describes the places that provided the basis for the young composer’s imagination, from the capital Warsaw to rural Poland, where Chopin spends part of his childhood and is formed as a man and a musician, on to Paris, theatre of the second half of the musician’s life. The film evokes the atmosphere of the Polish countryside: Żelazowa Wola, Szafarnia, Torun are described through documentary footage that restores the suggestiveness, which is still alive today, of the folklore Chopin was so attached to. Without forgetting, naturally, Warsaw, with the world’s most important piano competition, preserves the memory of one of the most important characters of European culture.