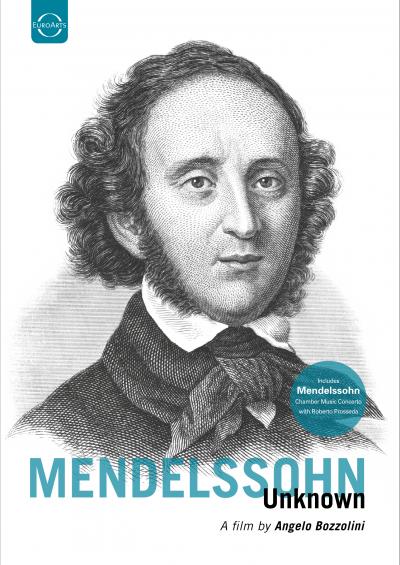 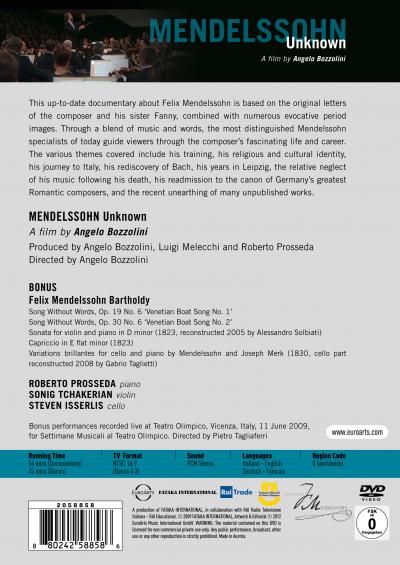 This up-to-date documentary about Felix Mendelssohn is based on the original letters of the composer and his sister Fanny, combined with numerous evocative period images. Through a blend of music and words, the most distinguished Mendelssohn specialists of today guide viewers through the composer’s fascinating life and career. The various themes covered include his training, his religious and cultural identity, his journey to Italy, his rediscovery of Bach, his years in Leipzig, the relative neglect of his music following his death, his readmission to the canon of Germany’s greatest Romantic composers, and the recent unearthing of many unpublished works. Produced by Angelo Bozzolini, Luigi Melecchi and Roberto Prosseda, Directed by Angelo Bozzolini.