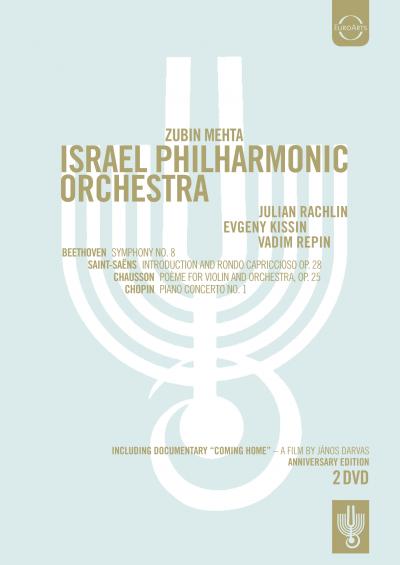 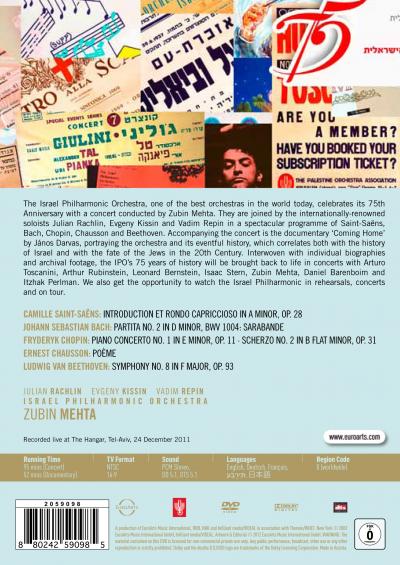 The Israel Philharmonic Orchestra, one of the best orchestras in the world today, celebrates its 75th Anniversary with a concert conducted by Zubin Mehta. They are joined by the internationally-renowned soloists Julian Rachlin, Evgeny Kissin and Vadim Repin in a spectacular programme of Saint-Saëns, Bach, Chopin, Chausson and Beethoven. Accompanying the concert is the documentary ‘Coming Home’, by János Darvas, which portraying the orchestra and its eventful history, which correlates both with the history of Israel and with the fate of the Jews in the 20th Century. Interwoven with individual biographies and archival footage, the IPO’s 75 years of history will be brought back to life in concerts with Arturo Toscanini, Arthur Rubinstein, Leonard Bernstein, Isaac Stern, Zubin Mehta, Daniel Barenboim and Itzhak Perlman. We also get the opportunity to watch the Israel Philharmonic in rehearsals, concerts and on tour.