The Italian Character - The Story Of A Great Italian Orchestra 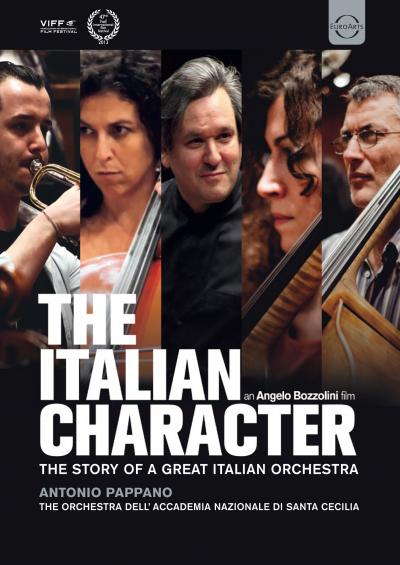 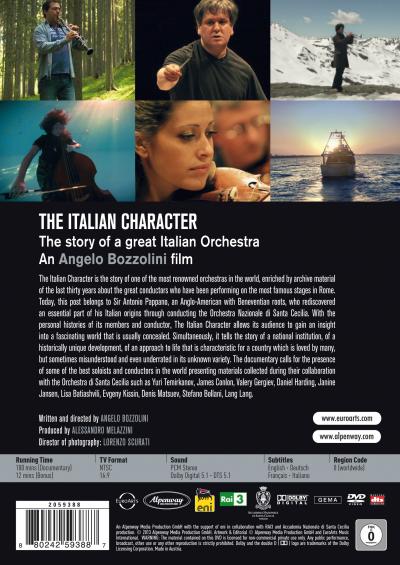 The Italian Character is the story of one of the most renowned orchestras in the world, enriched by archive material of the last thirty years about the great conductors who have been performing on the most famous stages in Rome. Its present Music Director, Sir Antonio Pappano, an Anglo-American with Beneventian roots, rediscovered an essential part of his Italian origins through conducting the Orchestra dell’Accademia Nazionale di Santa Cecilia. With the personal histories of its members and conductor, The Italian Character allows its audience to gain an insight into a fascinating world that is usually concealed. Simultaneously, it tells the story of a national institution, of a historically unique development, of an approach to life that is characteristic of a country which is loved by many, but sometimes misunderstood and even underrated in its unknown variety. The documentary showcases some of the best soloists and conductors in the world presenting materials collected during their collaboration with the Orchestra di Santa Cecilia such as Yuri Temirkanov, James Conlon, Valery Gergiev, Daniel Harding, Janine Jansen, Lisa Batiashvili, Evgeny Kissin, Denis Matsuev, Stefano Bollani, Lang Lang.