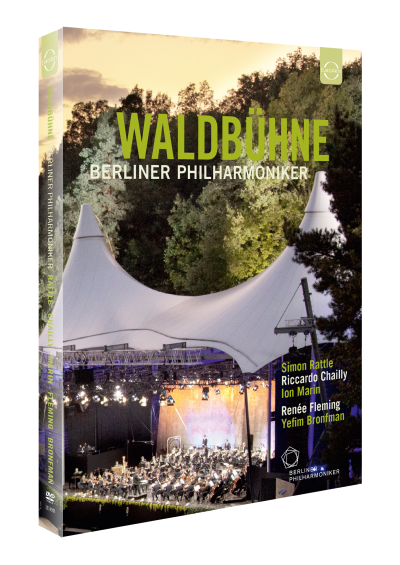 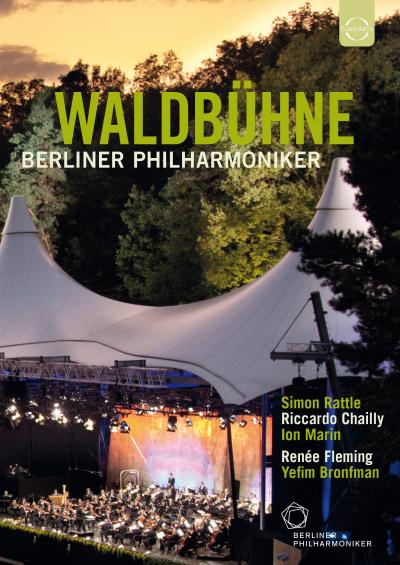 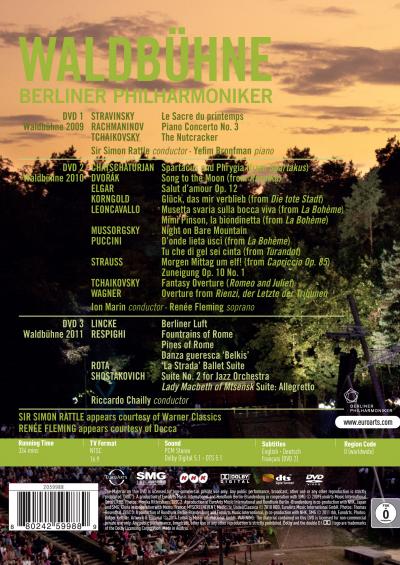 The Waldbühne in Berlin is one of Europe’s ideal outdoor amphitheatres. It is home to the Berlin Philharmonic’s summer concerts, which are among the most popular classical events in the world, attracting audiences of 20,000 or more people. This luxury Box released on occasion of annual Waldbühne concert presents three outstanding performances by Berliner Philharmoniker: Rattle conducts Tchaikovsky, Stravinsky & Rachmaninov (2009), An Evening with Renée Fleming (2010) and Fellini, Jazz & Co (2011). In 2009 the theme of the evening was “Russian themes” the Philharmoniker and pianist Yefim Bronfman presented thrilling excerpts from Tchaikovsky´s Nutcracker, Rachmaninov´s Third Piano Concert and finally Stravinksy´s legendary Le Sacre du printemps. The appearance of charismatic American soprano Renée Fleming was a highlight of Waldbühne evening in 2010. Her soft-toned voice was completed by the baton of conductor Ion Marin and works of Dvorak, Wagner, Straus, Puccini and Mussorgsky. In 2011, under baton of Ricardo Chailly, the orchestra presented favorites by Shostakovich, Rota und Respigh. Since the advert of cinema there have been many collaborations between film directors and composers, but few can have been so rewarding as those between the two Italians: Federico Fellini and Nino Rota.