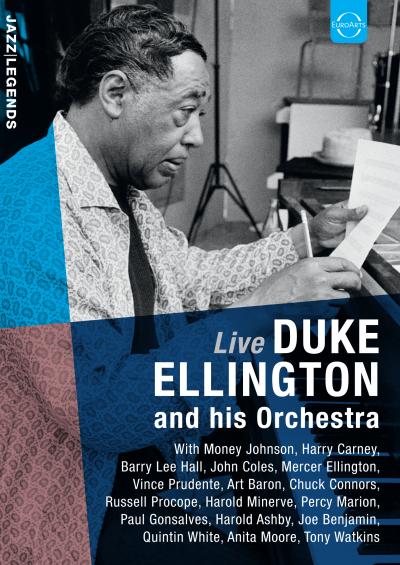 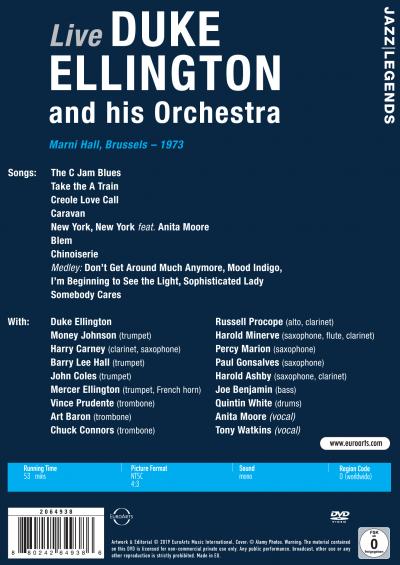 There was probably no other artist, who was involved creatively in so many stages of the development of Jazz music as Duke Ellington. His sonic individuality originated in his peculiar style of composing and arranging, in which he was interweaving the individual musical phrasing of his soloists with his compositions and arrangements. That is why there are no two Duke Ellington concerts that sound the same, even though he often resorted to Jazz standards, many of which even were the Duke’s very own compositions, like the C Jam Blues, Caravan, Blem and Mood Indigo on this recording. This 1973 concert from Marni Theatre Brussels coincides with Ellington’s most extensive touring period in Europe. Among the soloists are Money Johnson on trumpet, Paul Gonsalves on saxophone and Joe Benjamin on bass as well as many others that make this recording another gem in the Duke’s discography and a must-have for fans.