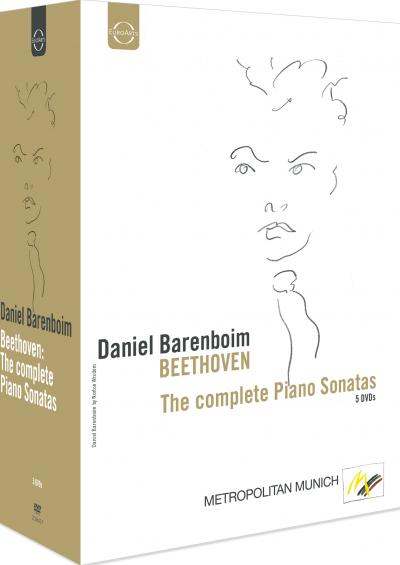 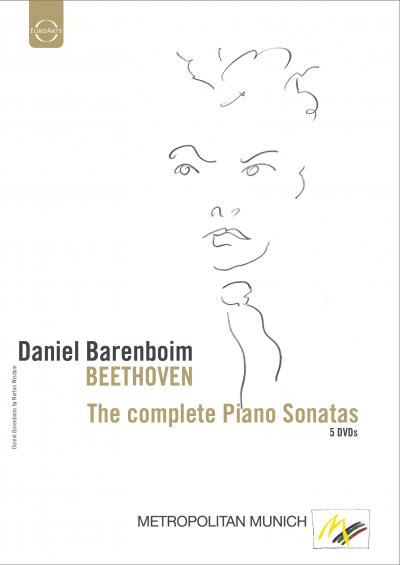 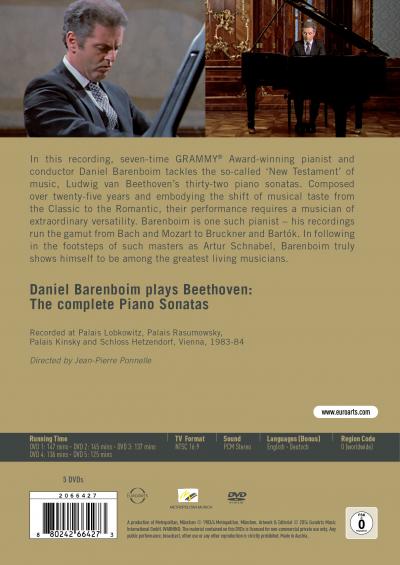 The complete Beethoven Piano sonatas Edition available either in a box of 3 Blu-ray discs or in a box of 5 DVDs. In this recording, GRAMMY Award-winning pianist and conductor Daniel Barenboim tackles the so-called ‘New Testament’ of music, Ludwig van Beethoven’s thirty-two piano sonatas. Composed over twenty-five years and embodying the shift of musical taste from the Classic to the Romantic, their performance requires a musician of extraordinary versatility. Barenboim is one such pianist – his recordings run the gamut from Bach and Mozart to Bruckner and Bartók. In following in the footsteps of such masters as Artur Schnabel, Barenboim truly shows himself to be among the greatest living musicians.