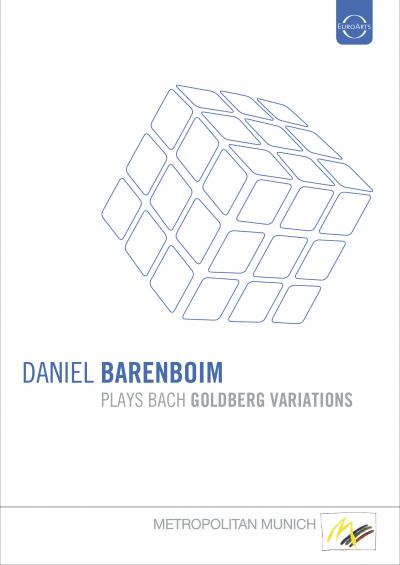 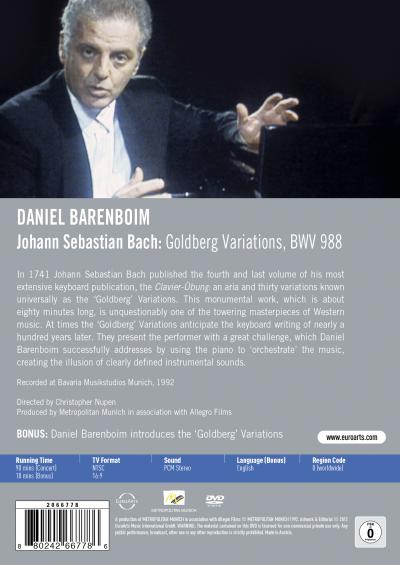 In 1741 Johann Sebastian Bach published the fourth and last volume of his most extensive keyboard publication, the Clavier-Übung: an aria and thirty variations known universally as the ‘Goldberg’ Variations. This monumental work, which is about eighty minutes long, is unquestionably one of the towering masterpieces of Western music. At times the ‘Goldberg’ Variations anticipate the keyboard writing of nearly a hundred years later. They present the performer with a great challenge, which Daniel Barenboim successfully addresses by using the piano to ‘orchestrate’ the music, creating the illusion of clearly defined instrumental sounds. Recorded at Bavaria Musikstudios Munich, 1992, Directed by Christopher Nupen. Produced by Metropolitan Munich in association with Allegro Films.