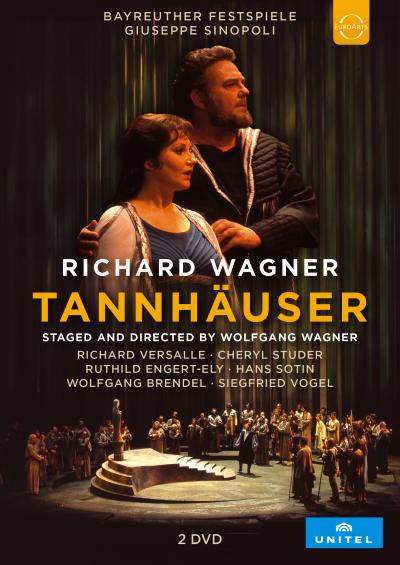 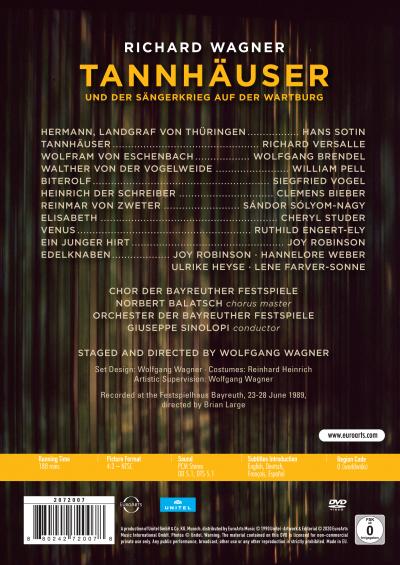 This performance of Richard Wagner’s Tannhäuser was recorded at the Bayreuth Festival in 1989. The production, conducted by the late Giuseppe Sinopoli (1946-2001) and directed by Wolfgang Wagner, the composer’s grandson, was one of the highlights of the world-renowned festival during the latter part of the 1980’s. The abstract starkness of Wolfgang Wagner’s staging is underlined by the crystalline clarity and vigour of Giuseppe Sinopoli’s conducting, which highlights the cumulative nature of the leitmotif technique. This production gathers together some of the great names and talents in Wagner interpretation such as Cheryl Studer – who had her international breakthrough as Elisabeth in this production in 1985 and Richard Versalle in the title-role. This production, with its superb conducting and wonderful singing, immediately achieved cult status, and – captured on DVD – forms an important memorial to Giuseppe Sinopoli, who is one of the most important figures in the history of Wagner performances, and who died an untimely death some years ago.