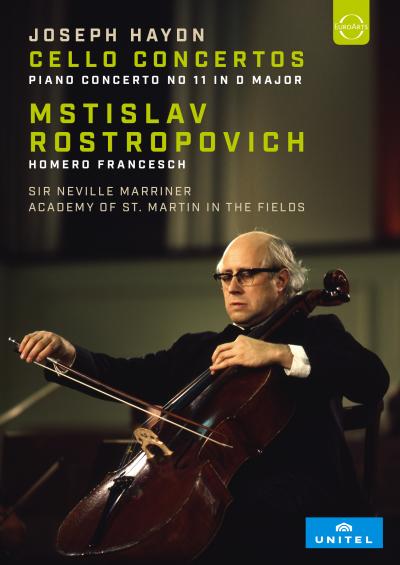 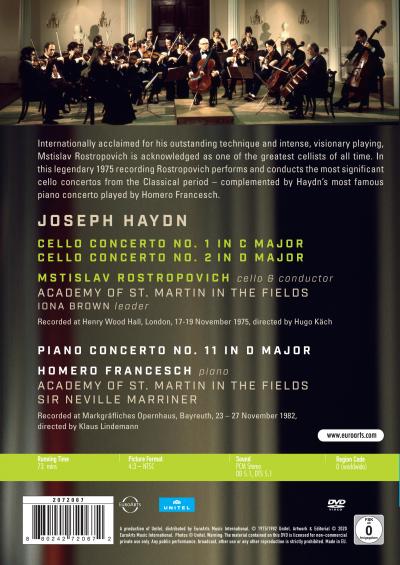 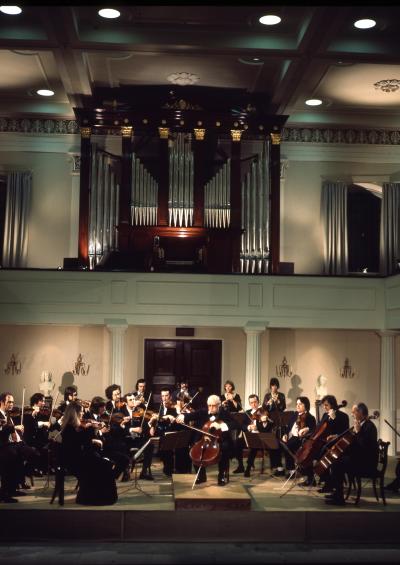 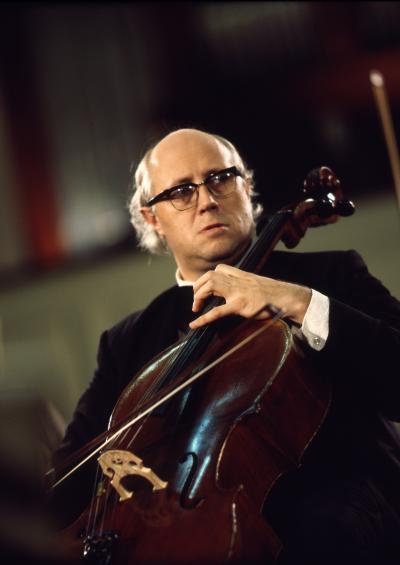 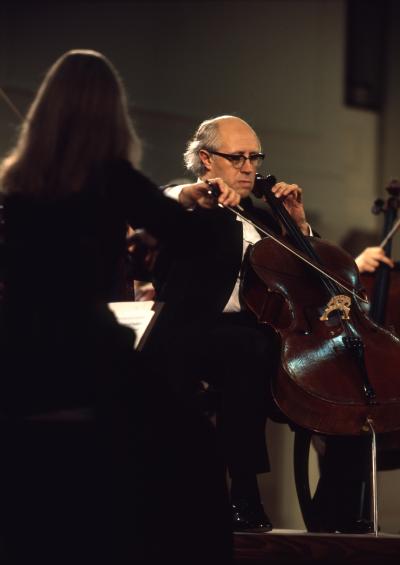 A cello concerto performance with the outstanding Mstislav Rostropovich is in itself a musical revelation. On this DVD, the world's greatest living cellist can also be enjoyed conducting. Rostropovich is noted for his commanding technique and intense, visionary playing and he has given countless memorable performances, including this famous recording made at Henry Wood Hall, London in 1975 with the cellist himself also directing the Academy of St.Martin in the Fields Cello Concertos No. 1 and 2 by Joseph Haydn (1732-1809). They count as the most significant works for the instrument from the Classical period and Rostropovich’s interpretation of these beguiling works is surely as vivid and perfectly structured as the composer must have intended them to be. On this state of the art DVD recording the cello concertos are complemented by Haydn’s most famous Piano Concerto with Sir Neville Marriner conducting he Academy of St Martin in the Fields and Homero Francesch as soloist. The founder of the Academy and “his” ensemble have made the Academy of St Martin in the Fields synonymous with lively, precise and vigorous interpretations of 18th-century music – the ideal ensemble for an all Haydn programme!