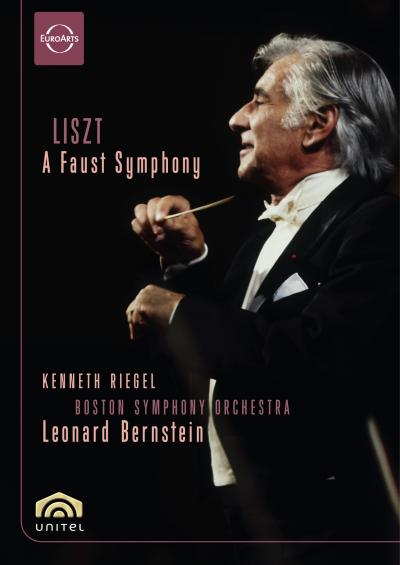 The composer and conductor Leonard Bernstein (1918-1990) was one of the most notable and popular musicians working in the 20th century. In this live recording, made in the Boston Symphony Hall in 1976 he conducted the Boston Symphony Orchestra and the Tanglewood Festival Chorus in Franz Liszt’s “Faust Symphony” – a masterpiece of 19th century symphonic music. The work is based on the tragedy by Johann Wolfgang von Goethe and comprises three movements: Faust, Gretchen and Mephistopheles. The symphony, which was premiered in Weimar in 1857, is distinguished by one of the most colourful leitmotif families in the orchestral repertoire. In fact, each character in Goethe's play is so vividly depicted that the symphony is almost an opera without words. Leonard Bernstein’s performance on this DVD is exuberant and powerful, and he extracts similar enthusiasm from his Boston Symphony players; together they explore the full emotional and musical range of the composition. The audio recording of this performance won the Grand Prix du Disque in 1978.