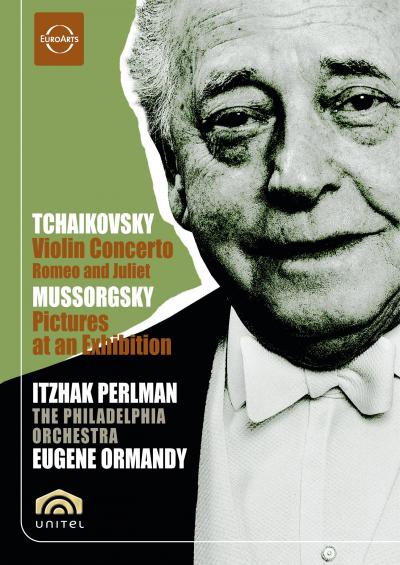 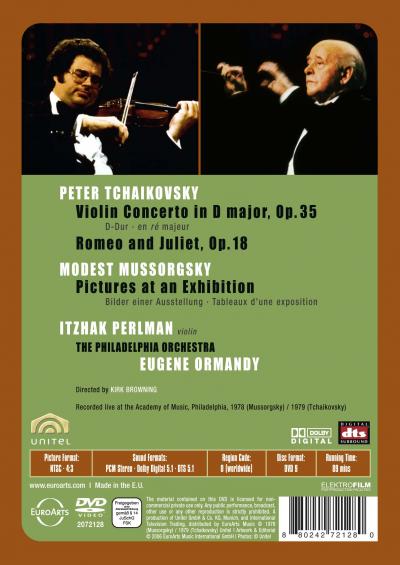 Famous violinist Itzhak Perlman and Eugene Ormandy, long-standing conductor of the Philadelphia orchestra recorded this fantastic Russian programme live at the Academy of Music Philadelphia in 1978 and 1979. Eugene Ormandy (1899-1985) was best known for his relationship with this orchestra, which he served as Musical Director from 1936 until 1980. Under his direction, the Philadelphia Orchestra became known for its warm, textured, romantic “Philadelphia Sound”. The DVD features a number of works from Ormandy's favoured Russian repertoire. He was particularly noted for championing this music in the United States. Highlights of this recording are Mussorgsky’s popular “Pictures at an Exhibition” and Tchaikovsky's Violin Concerto with Itzhak Perlman as soloist. Perlman - undeniably the reigning virtuoso of the violin – has been called “one of the greatest musical talents to emerge since World War II”. His charm, humanity and talent are recognized by audiences all over the world who respond not only to his flawless technique, but also to his irrepressible joy in making music that is also clearly visible on this DVD recording.