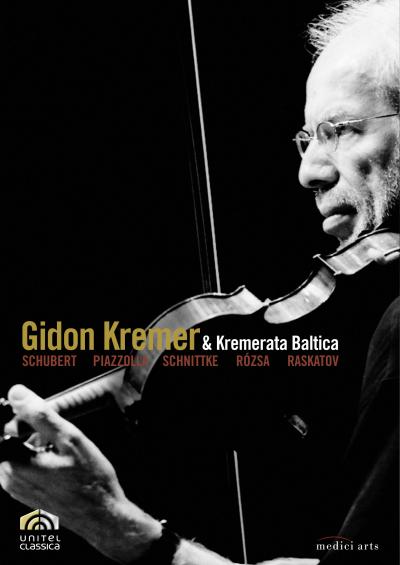 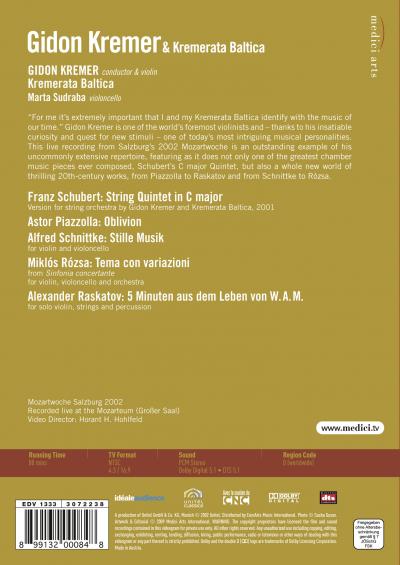 Gidon Kremer is not only one of the leading violinists in the world, but also – thanks to his unquenchable curiosity and search for new impulses – one of the most fascinating musical personalities of our time. His repertoire ranges from Bach to the present,whereby a number of contemporary composers have achieved international recognition through his commitment. This DVD presents a very original program with hardly ever performed pieces and Kremer’s own version for string orchestra of Schubert famous Quintet which makes it particularly attractive. Since 1997 Kremer has devoted a large part of his activities to the chamber orchestra Kremerata Baltica, which he founded. The ensemble consists of young musicians from the three Baltic states of Estonia, Latvia and Lithuania. The average age is 25. The debut of the chamber orchestra in February 1997 corresponded with the 50th birthday of its founder Gidon Kremer. With this orchestral project, Kremer wants to pass on his artistic experiences to young musicians of his native country and to draw international attention to the outstanding musical situation of the Baltic nations. The Kremerata Baltica performs in all of the world's major musical venues.