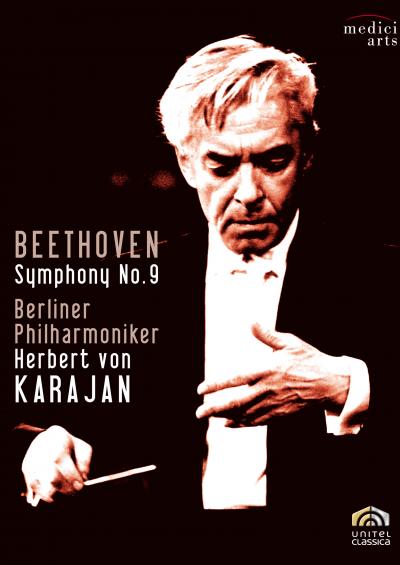 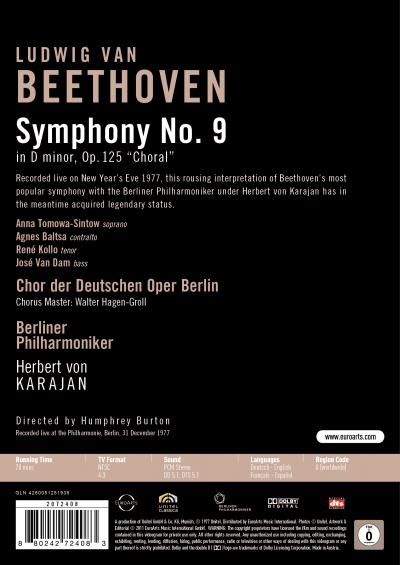 Beethoven, Karajan and the Berlin Philharmonic is one of the most perfect combinations ever to have emerged from the classical music world. When the Ninth Symphony is performed at a New Year’s Eve concert, it becomes an even more spectacular event. Karajan’s rousing interpretation of Beethoven's most admired symphony has long acquired legendary status. Now EuroArts is releasing it in a recording made in Berlin’s Philharmonic Hall on New Year’s Eve 1977 in celebration of the conductor’s 100th birthday this year. Born in Salzburg on 5 April 1908, Herbert von Karajan was one of the most widely respected performing musicians appearing in the past century. He influenced fellow musicians and public taste for generations through his live appearances and recordings, especially in the role of Principal Conductor of the Berlin Philharmonic, which he led for more than 30 years, moulding the orchestra into an ensemble of peerless power, tonal beauty and stylistic flexibility. The Ninth is an affirmation of optimism and beauty, written when Beethoven was almost completely deaf and the final movement is considered by many to be the composer's crowning glory. It had been Beethoven's lifelong dream to set Schiller's “Ode to Joy” to music, for the poem expressed the fulfilment of Beethoven's most passionate desire: peace and brotherhood in the world. Giving eloquent voice to this plea are the world-renowned soloists Anna Tomowa-Sintow, Agnes Baltsa, René Kollo and José van Dam. This concert recording on DVD has all the elements that audiences came to expect from Karajan – strong, elegant conducting and a truly moving musical event.