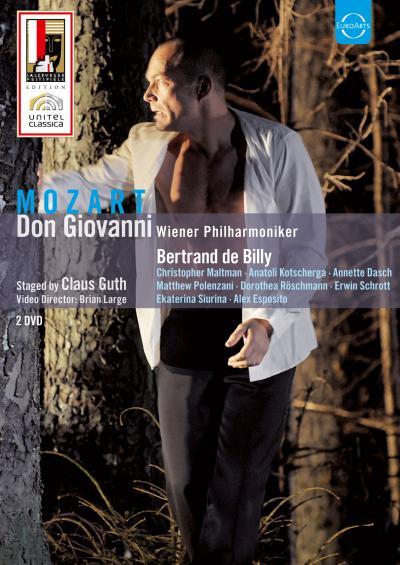 In the dense forest planted on the stage of the Haus für Mozart by director Claus Guth is the home of the rugged macho Don Giovanni. Assisted by his unsavory accomplice Leporello, he lures the ladies with the heady scent of danger. Christopher Maltman embodies Don Giovanni as an almost reluctant seducer - a man fated to bring misery to women and, ultimately, to himself. He heads an outstanding cast for a production that, by its very originality, demonstrates the strength of Mozart's original conception.