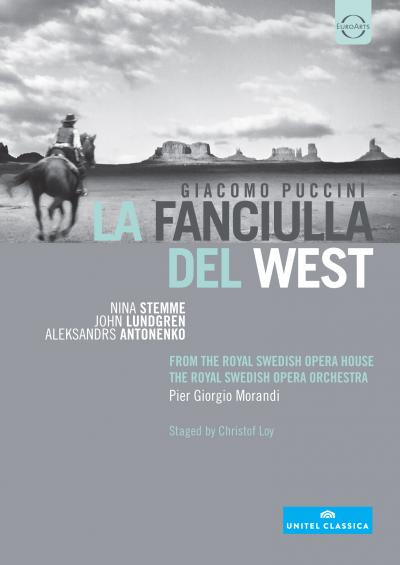 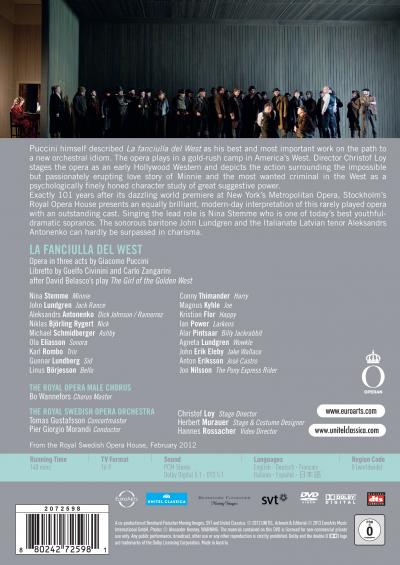 Puccini himself described La fanciulla del West as his best and most important work on the path to a new orchestral idiom. The opera plays in a gold-rush camp in America’s West. Director Christof Loy stages the opera as an early Hollywood Western and depicts the action surrounding the impossible but passionately erupting love story of Minnie and the most wanted criminal in the West as a psychologically finely honed character study of great suggestive power. Exactly 101 years after its dazzling world premiere at New York’s Metropolitan Opera, Stockholm’s Royal Opera House presents an equally brilliant, modern-day interpretation of this rarely played opera with an outstanding cast. Singing the lead role is Nina Stemme who is one of today’s best youthfuldramatic sopranos. The sonorous baritone John Lundgren and the Italianate Latvian tenor Aleksandrs Antonenko can hardly be surpassed in charisma.