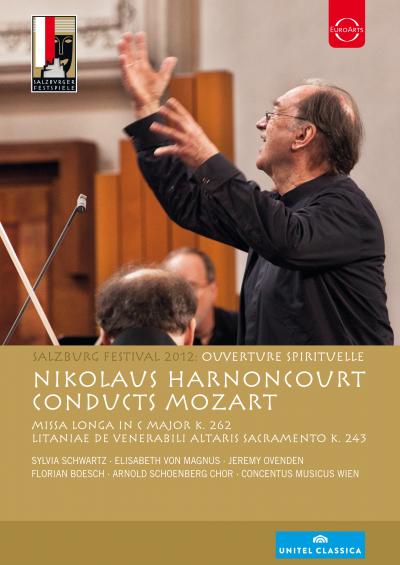 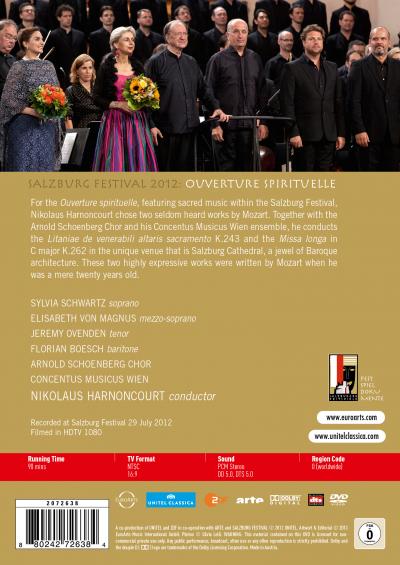 For the Ouverture spirituelle, featuring sacred music within the Salzburg Festival, Nikolaus Harnoncourt chose two seldom heard works by Mozart. Together with the Arnold Schoenberg Chor and his Concentus Musicus Wien ensemble, he conducts the Litaniae de venerabili altaris sacramento K.243 and the Missa longa in C major K.262 in the unique venue that is Salzburg Cathedral, a jewel of Baroque architecture. These two highly expressive works were written by Mozart when he was a mere twenty years old.