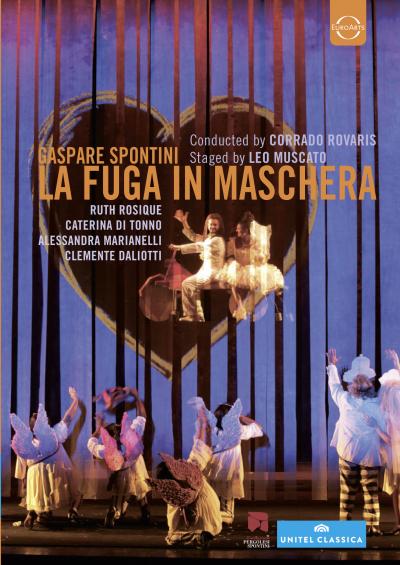 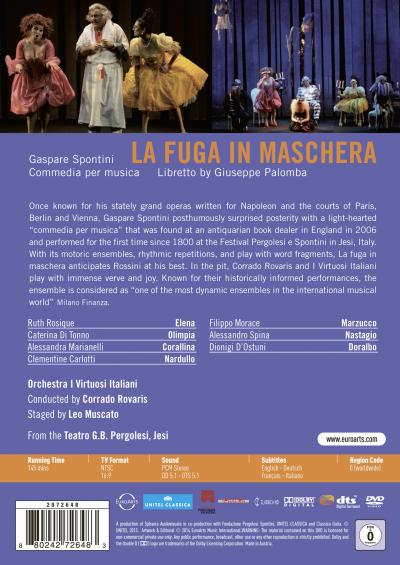 Once known for his stately grand operas written for Napoleon and the courts of Paris, Berlin and Vienna, Gaspare Spontini posthumously surprised posterity with a light-hearted “commedia per musica” that was found at an antiquarian book dealer in England in 2006 and performed for the first time since 1800 at the Festival Pergolesi Spontini in Jesi, Italy. With its motoric ensembles, rhythmic repetitions, and play with word fragments, “La fuga in maschera” anticipates Rossini at his best. In the pit, Corrado Rovaris and I Virtuosi Italiani play with immense verve and joy. Known for their historically informed performances, the ensemble is considered as “one of the most dynamic ensembles in the International musical world” (Milano Finanza).