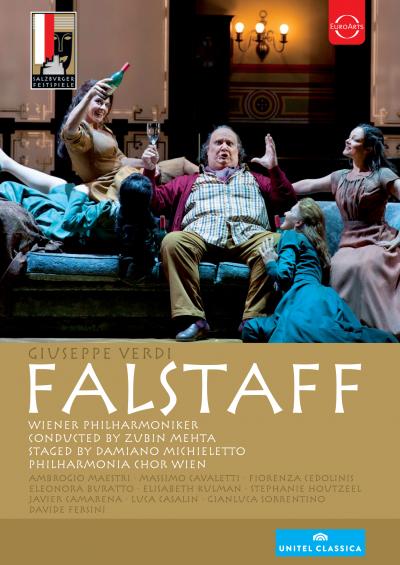 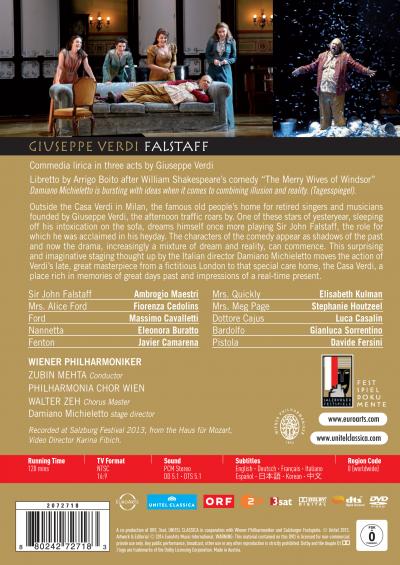 Libretto by Arrigo Boito after William Shakespeare’s comedy “The Merry Wives of Windsor” Damiano Michieletto is bursting with ideas when it comes to combining illusion and reality. (Tagesspiegel). Outside the Casa Verdi in Milan, the famous old people’s home for retired singers and musicians founded by Giuseppe Verdi, the afternoon traffic roars by. One of these stars of yesteryear, sleeping off his intoxication on the sofa, dreams himself once more playing Sir John Falstaff, the role for which he was acclaimed in his heyday. The characters of the comedy appear as shadows of the past and now the drama, increasingly a mixture of dream and reality, can commence. This surprising and imaginative staging thought up by the Italian director Damiano Michieletto moves the action of Verdi’s late, great masterpiece from a fictitious London to that special care home, the Casa Verdi, a place rich in memories of great days past and impressions of a real-time present.