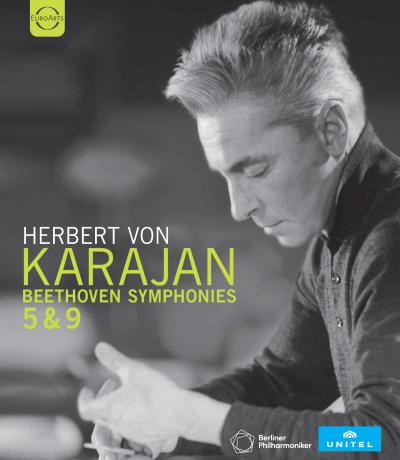 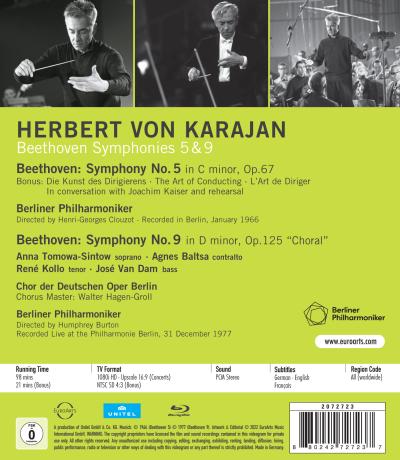 This important visual document provides a rare insight into the way in which ‘das Wunder Karajan’ fashioned his unique style. The roused interpretation of Beethoven’s most popular symphony, Symphony No. 9 with the Berliner Philharmoniker was recorded live on new Year’s Eve in 1977 in Berlin , where Karajan had, in the meantime, acquired legendary status. Now being released for the first time ever on Blu-ray Disc, this rehearsal and the performances pay tribute to the legendary Herbert von Karajan. Along with his role on the podium, Maestro Karajan was also responsible for the thrilling visual direction. The recording of Beethoven 5 from the mid sixties offers insight into Maestro Karajan’s role not only as a leading conductor but also as a pioneer in new media and filming techniques. This production set a new standard for the interpretation Beethoven’s No.5 by the Berliner Philharmoniker and in terms of music filming in general. Karajan gives early evidence of his innovative approach to film by choosing Henri-Georges Clouzot as his director, a creator of classic “films noirs” such as “Quai des Orfèvres” and “Wages of Fear.