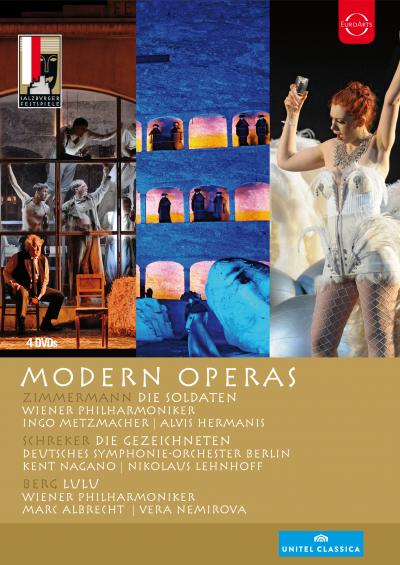 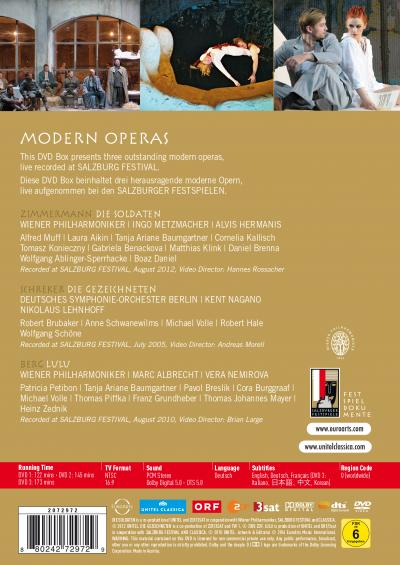 Bernd Alois Zimmermann’s opera Die Soldaten (The Soldiers) was the “highlight of the festival season”, and “broke all records!” (Süddeutsche Zeitung). Salzburg’s Felsenreitschule is the ideal performance venue for the mammoth production, the gigantic building essentially becoming a 40-metre-high stage. Featuring the Vienna Philharmonic conducted by Ingo Metzmacher, and more than 170 musicians, including no fewer than 50 soloists. Winner of the DIAPASON D’OR, DIAMANT d’Opéra Magazine and the Grand Prix de l’Académie Charles Cros.

Composed and first performed towards the end of the First World War, the demanding work with its huge orchestral and casting requirements enjoyed performances on many important stages. Forced into early retirement following the Nazis’ seizure of power, Schreker died prematurely and the work was forgotten. The impressive opera opened the 2005 Salzburg Festival and was deservedly hailed “rediscovery of the year” by the New York Times.

The rarely performed opera calls for a very large orchestra and an extended cast of singers. French star soprano Patricia Petibon embodies Lulu, the femme fatale who meets a tragic end. Conductor Marc Albrecht leads the Wiener Philharmoniker through the rich sonorities of Berg’s music, treating them as a natural extension of Wagner, Brahms and Strauss.