David Oistrakh - artist of the people? 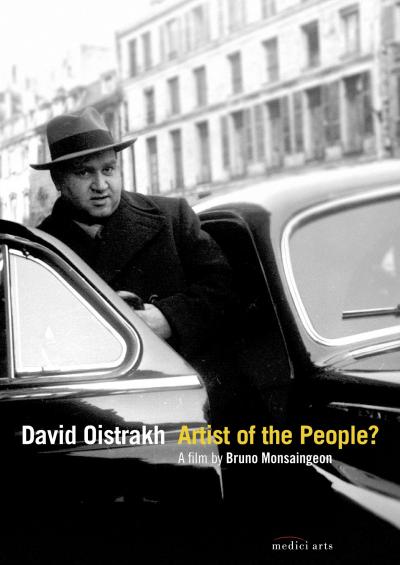 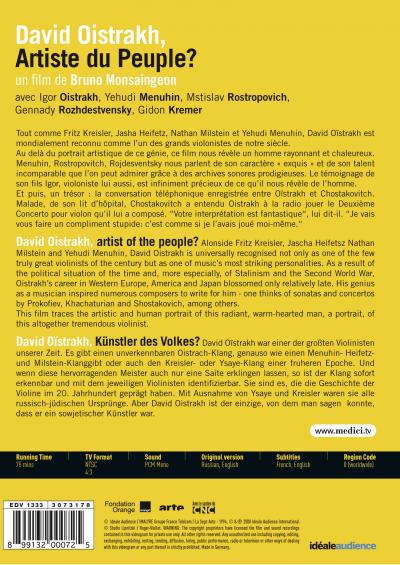 David Oistrakh was one of those legendary musicians whose art of playing continues to influence violinists today. Along with Fritz Kreisler, Jascha Heifetz, Nathan Milstein and Yehudi Menuhin, David Oistrakh is universally recognized not only as one of the few truly great violinists of the last century but as one of music’s most striking personalities. On the occasion of the 100th anniversary of his birthday, Medici Arts is releasing a wonderfully personal documentary on DVD. Born in September 1908, the Soviet Russian violinist made numerous recordings and copious compositions were dedicated to him, most notably two violin concertos by Dmitri Shostakovich and the popular one by Aram Khachaturian. In his lifetime he was a champion of contemporary Soviet music as well as being famous as a performer of classical concertos all over the world. As a result of the political situation of the time Oistrakh’s career in Western Europe, America and Japan blossomed only relatively late, so that it was not until 1953 that he began to make regular appearances in the West, by which time he was already forty-five, although his legendary reputation had long since made him the subject of endless speculation throughout the Western musical world. His first proper international tour instantly confirmed the legend and from then until his death in Amsterdam in 1974 he pursued a varied career in the concert hall, as soloist and conductor, and as a teacher. This portrait by Bruno Monsaingeon shows the inspired violinist as musician and private person through extensive interviews with Oistrakh’s long-time friends and fellow artists: Yehudi Menuhin showing what it takes to make a great violinist; Mstislav Rostropovitch talking of Oistrakh’s stance on the Soviet regime; Gidon Kremer recalling Oistrakh as a teacher; Gennady Rozhdestvensky, who conducted all the major concertos for him; and Oistrakh’s son, Igor, recalling the family man.