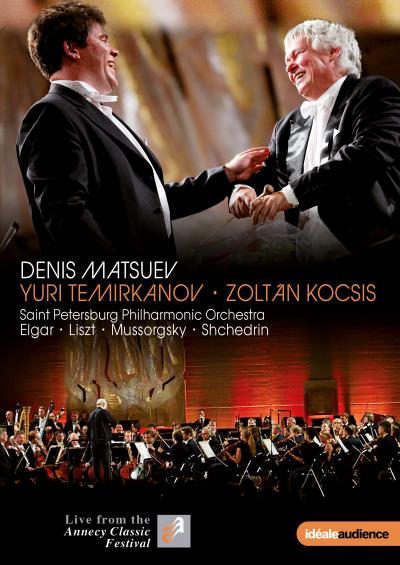 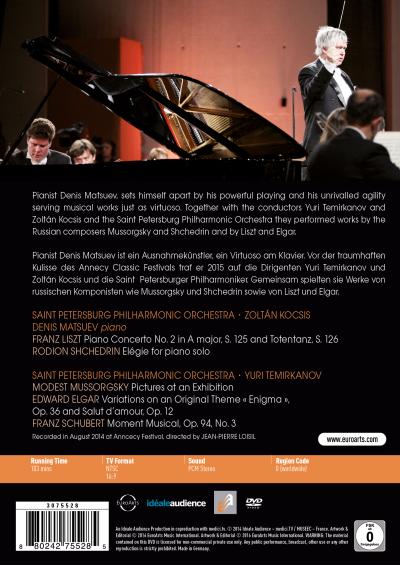 Pianist Denis Matsuev sets himself apart by his powerful playing and his unrivalled agility serving musical works just as virtuoso. Together with the conductors Yuri Temirkanov and Zoltán Kocsis and the Saint Petersburg Philharmonic Orchestra they performed works by the Russian composers Mussorgsky and Shchedrin and by Liszt and Elgar.

Gem of the Alps, located between lake and mountains, Annecy preserved its charm and authenticity through the centuries. City of art and history, with a significant heritage, Annecy hosts a festival suiting it image, attractive and must-see. The festival attracts every year star conductors and soloists such as Charles Dutoit, Valery Gergiev, Yuri Temirkanov, Khatia Buniatishvili, Gautier and Renaud Capuçon and Nikolaï Lugansi to name only a few. The festival is attended by 10.000 festival visitors and it features 375 artists and 250 international soloists each year. The St. Petersburg Philharmonia is the oldest Philharmonia in Russia, it is more than two hundred years old, the history goes back to 1802. Denis Matsuev is closely connected to the festival – being the artistic director.