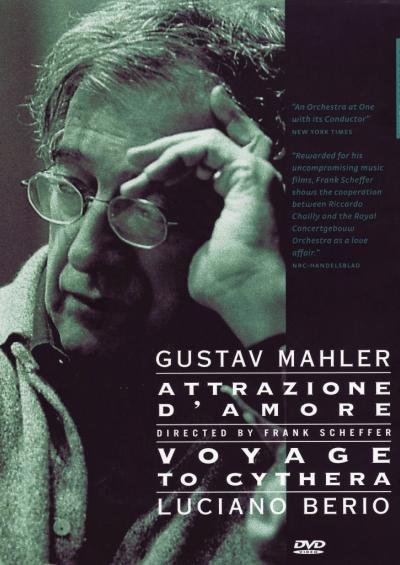 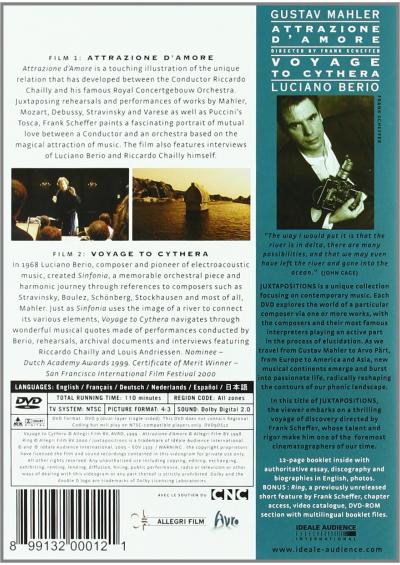 Attrazione D'Amore is a touching illustration of the unique relation that has developed between the Conductor Riccardo Chailly and his famous Royal Concertgebouw Orchestra. Juxtapossing reheaersals and performances of works by Mahler, Mozart, Debussy, Stravinsky and Varese as well as Puccini's Tosca, Frank Scheffer paints a fascinating portrait of mutual love between a Conductor and an orchestra based on the magical attraction of music. The film also features interviews of Luciano Berio and Ricardo Chailly himself. Voyage To Cythera : In 1968, composer and pioneer of electroacoustic music Luciano Berio created Sinfonia, a memorable orchestral piece and harmonic journey through references to composers such as Stravinsky, Boulez, Schönberg, Stockhausen and most of all, Mahler. Just as Sinfonia uses the image of a river to connect its various elements, Voyage To Cythera navigates through wonderful music quotes mades of performances conducted by Berio, rehearsals, archival documents and interviews featuring Riccardo Chailly and Louis Andriessen.