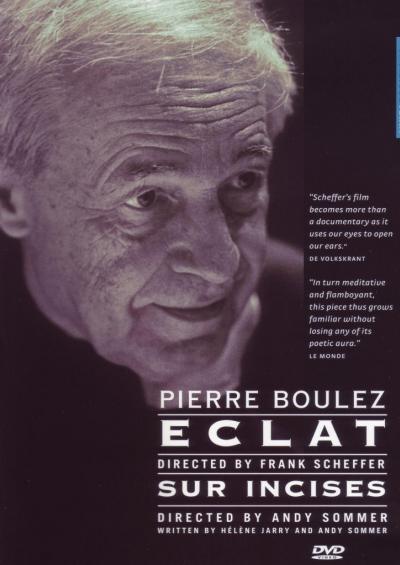 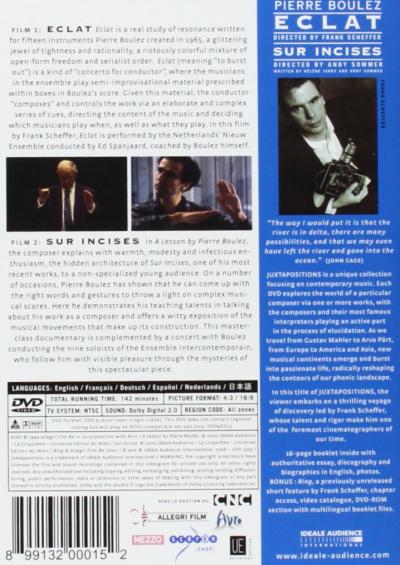 PIERRE BOULEZ: ECLAT | SUR INCISES Directed by Frank Scheffer and Andy Sommer Eclat is a real study of resonance written for fifteen instruments by Pierre Boulez. It is a kind of “concerto for conductor”, the conductor “composes” and controls the work via an elaborate and complex series of cues, directing the content of the music and deciding which musicians play when as well as what they play. Sur Incises : The composer explains the hidden architecture of Sur Incises to a young lay audience. The film is completed by a concert with Boulez conducting the nine soloists of the Ensemble Intercontemporain.