Toscanini In His Own Words 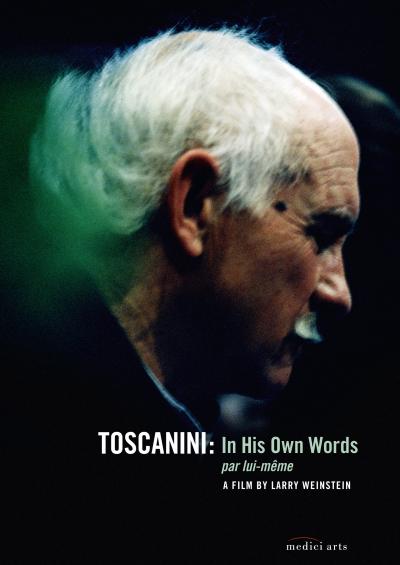 This film is a docufiction on the great Toscanini directed by well-known film-maker Larry Weinstein who pushes the boundaries of conventional documentary storytelling by borrowing tools from fiction films, including dramatic reconstructions and historical cinematic stylings. Arturo Toscanini (1867-1957), arguably the greatest and most famous conductor in history, was paradoxically one of the most private. He never granted interviews, left diaries or journals of any kind. But during the last years of his life, his son Walter secretly recorded 150 hours of intimate conversations that Toscanini shared with friends and family who visited his home. TOSCANINI: In His Own Words, is based on these tapes which remained vaulted for more than 50 years. Recreated conversations reveal aspects of the Maestro never seen before. Subjects such as his loves, opinions about colleagues, his clashes with Mussolini and Hitler, his personal memories of Verdi, Puccini, Furtwangler, Stokowski, as well as his greatest joys and causes of his endemic sadness are all part of his frank conversation. Interwoven throughout the film are many of Toscanini’s greatest musical performances.