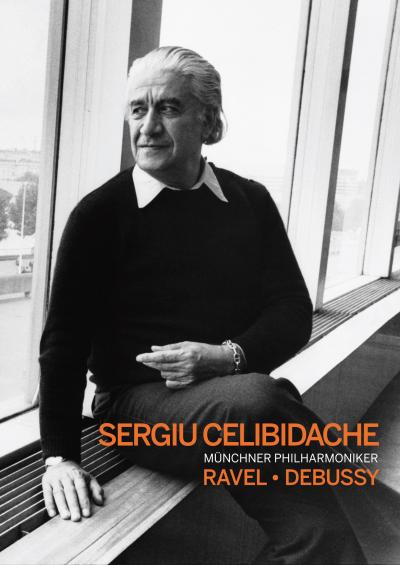 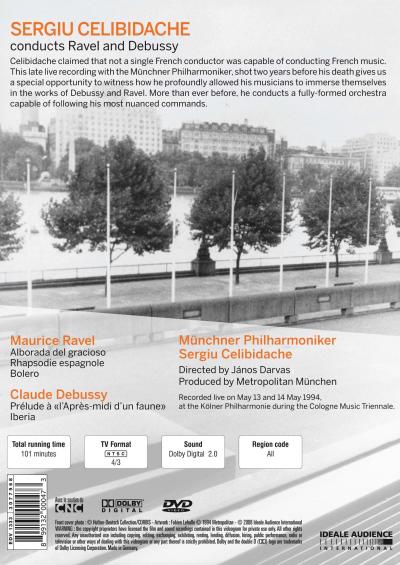 Sergiu Celibidache (1912-1996) has been called a “musical giant”, a “magician”, “a brilliant lion-tamer” and an enfant terrible of classical music. He mesmerised orchestras, audiences and critics with his intensity and brilliance. At the same time he resisted the commercial aspects of the music business, making his rare recordings even more valuable. This live recording with the Munich Philharmonic, recorded at the Cologne Music Triennale two years before his death, gives us a special opportunity to witness the thoughtfulness with which he allowed his musicians to immerse themselves in the haunting works of Debussy and Ravel. Celibidache himself claimed that not a single French conductor was capable of conducting French music - a bold statement that makes this recording even more interesting! And it is quite conceivable that no one has since performed these works with comparable perfection. Celibidache often programmed Debussy’s works and Ravel’s infamous Bolero was a fixture amongst the French Impressionist works that he favoured. He has been dubbed a guru of French music and was virtually a paragon of musical Impressionism. Seeing Sergiu Celibidache conducting his favourite repertoire allows the viewer an insight into the motivational techniques that had “his” orchestra following every nuance of the maestro’s commands. Recorded in Cologne, 1994. This DVD shows most of what made Celibidache a legend in his own lifetime and offers modern viewers a chance to participate in the musical wonders he produced.