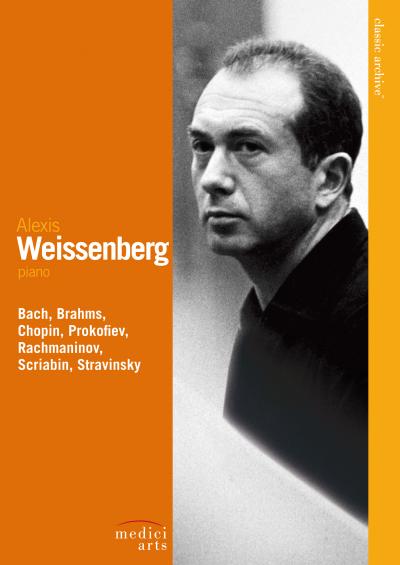 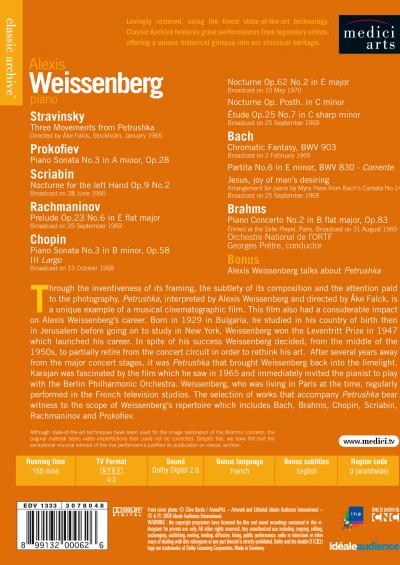 Petrushka, interpreted by Alexis Weissenberg and directed by Åke Falck, is a unique example of a musical cinematographic fi lm. This fi lm also had a considerable impact on Alexis Weissenberg’s career. Born in 1929 in Bulgaria, he studied in his country of birth then in Jerusalem before going on to study in New York and winning the Leventritt Prize in 1947 which launched his career. In spite of his success Weissenberg decided, from the middle of the 1950s, to partially retire from the concert circuit in order to rethink his art. After several years away from the major concert stages, it was Petrushka that brought Weissenberg back into the limelight. Karajan was fascinated by the fi lm which he saw in 1965 and immediately invited the pianist to play with the Berlin Philharmonic Orchestra. The selection of works that accompany Petrushka bear witness to the scope of Weissenberg’s repertoire which includes Bach, Brahms, Chopin, Scriabin, Rachmaninov and Prokofiev.