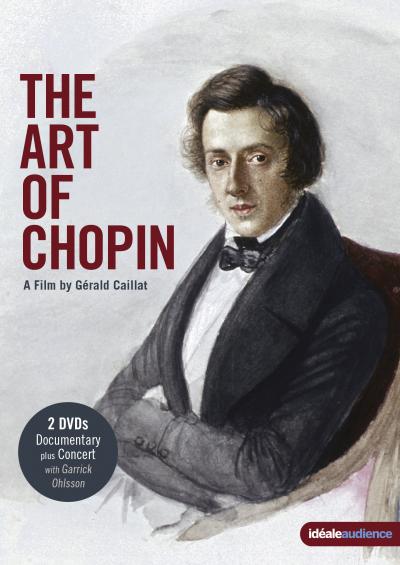 Garrick Ohlsson, the winner of the 1970 Chopin International Competition, joins Antoni Wit and the Warsaw Philharmonic to play both of Chopin’s piano concertos. A magnificent pianist, Ohlsson is one of the most celebrated Chopin interpreters and his performances reveal the many facets of the composer’s genius. The concert was recorded at the Warsaw Philharmonic on 29 August 2009. This concert is followed by the documentary film The Art of Chopin, made in 2009 by the visionary director Gérald Caillat to celebrate the 200th anniversary of Chopin’s birth; it not only tells the story of his brief life, but also brings together some of the world’s greatest pianists playing excerpts from a collection of his best-known works. Documentary "The Art of Chopin", A film by Gérald Caillat, with the participation of Garrick Ohlsson, Bella Davidovich, Evgeny Kissin, Piotr Anderszewski, Yuja Wang, A co-production of Idéale Audience, Plesnar Films and ARTE France in association with A Plus Image. Both films produced by Hélène Le Coeur.