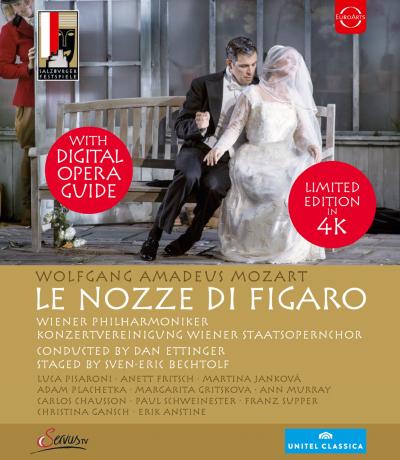 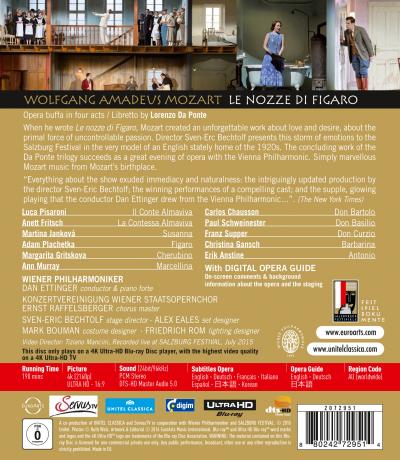 The new 4K standard offers a four times higher resolution compared to the former Full HD picture which allows viewers a deeper immersion into the performance. The new 4K standard for Ultra Blu-ray has a resolution of 3840 x 2160 pixels in the so-called “50p” mode (50 pictures per second), resulting in much higher image definition and smoothness.

On this UHD Blu-ray you can experience 96KHz/24bit High-Res Audio.

Reviews
“Everything about the show exuded immediacy and naturalness: the intriguingly updated production by the director Sven-Eric Bechtolf; the winning performances of a compelling cast; and the supple, glowing playing that the conductor Dan Ettinger drew from the Vienna Philharmonic…”
The New York Times