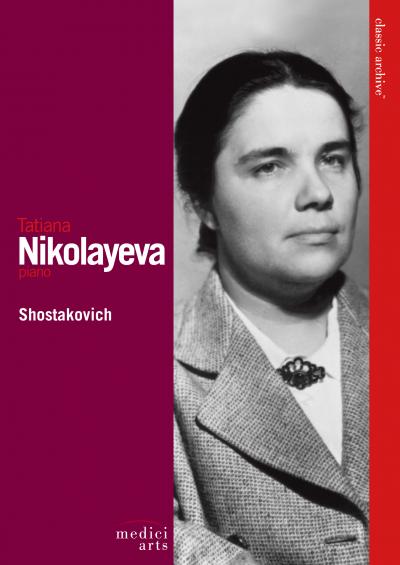 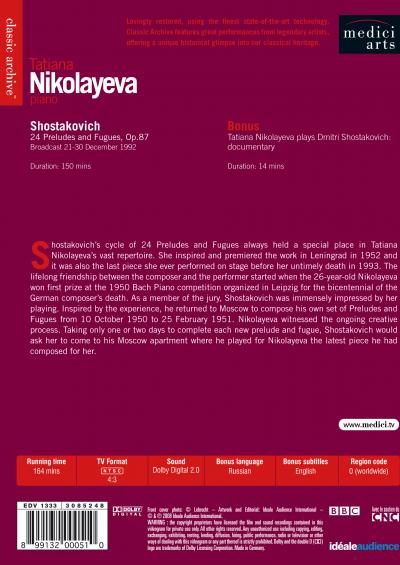 The distinguished pianist, composer and teacher Tatiana Nikolayeva (1924-1993) represents the wealth of piano talent that came flooding out of the former Soviet Union during the twentieth century. Because of her closeness to the composer, Shostakovich’s cycle of 24 Preludes and Fugues always held a special place in Tatiana Nikolayeva’s vast repertoire. She inspired and premiered the work in Leningrad in 1952 and it was also the piece she performed when she died in concert in San Francisco in 1993. The lifelong friendship between the composer and the performer started when the 26-year-old Nikolayeva won first prize at the 1950 Bach Piano competition organized in Leipzig for the bicentennial of the German composer’s death. As a member of the jury, Dmitri Shostakovich (1906-1975) was immensely impressed by her playing and inspired by the experience, he returned to Moscow to compose his own set of Preludes and Fugues in 1950/51. This DVD features a broadcast recording of the complete cycle made in December 1992 and also includes Nikolayeva’s interpretations of other works by Dmitri Shostakovich in a documentary bonus film.