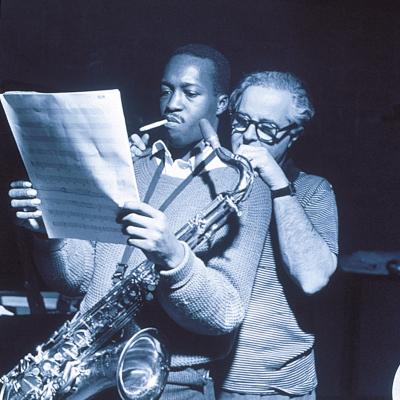 Art Blakey, Dexter Gordon, Ron Carter, Herbie Hancock, Thelonious Monk... these names are synonymous with the great Jazz Age. But how many people know Alfred Lion and Frank Wolff, to whom we owe the recorded memory of our Jazz legends? Two German Jews who emigrated from Nazi Germany to New York "discovered" an American art form which at the time received little serious attention from mainstream America: Jazz Music. Without money or connections and speaking little English, the two men began to record practically unknown musicians, following their own taste and judgement. Today this list of artists reads like the Who-is-Who of Jazz. "Blue Note - A Story of Modern Jazz" tells the story of Alfred Lion and Francis Wolff and their record label. It is the story of the rise of Modern Jazz, of a friendship in exile and of uncompromising artistic excellence. Told by the musicians, by friends and associates and by fans of the Blue Note recordings from all walks of life, the film BLUE NOTE recreates an era of American cultural history. Grammy Nomination for "Best Long Form Video" 1997.