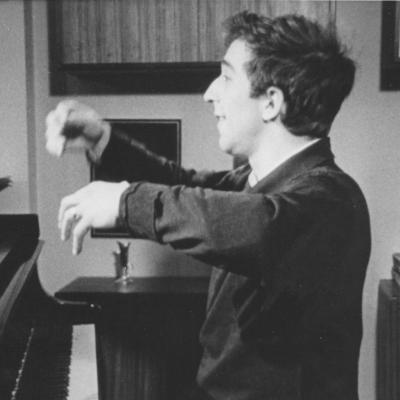 This film was shot in three days early in March 1966 and edited in three weeks.

It was the first of its kind and there have been so many successors in the past thirty years that it can truthfully be described as epoch-making. It is probably still the most influential single television music programme so far made in the field of classical music.

The film was transmitted for the first time on BBC-2 on 4th April 1966 and repeated on BBC-1 on 12th May. The audience reaction index for the first showing was 81, and for the second 83. This latter was a record for music programmes at the time and remained the highest figure for many years. It won the Gold Award at the Prague Festival and the Prix René Cidalc at the Monte Carlo Festival in the following year. It was shown in eighteen countries within a year of the original concert date.

The film showed aspects of music and music-making that had not previously been seen on television. It also announced the arrival of a new generation of performing musicians that would become more famous or more quickly famous than any other generation in history. They had a new attitude and a new kind of confidence. This gave them a kind of exuberance which seemed made for television and, to some extent, it was just that. It was also the time of a breakthrough in 16mm film technology with the advent of the self-blimped 16mm camera and all these factors together brought these performers a bigger and more intimately informed audience than had ever before been possible.

In other words, it was television, as much as the performers themselves, that created the revolution in classical music performance during the next ten years.